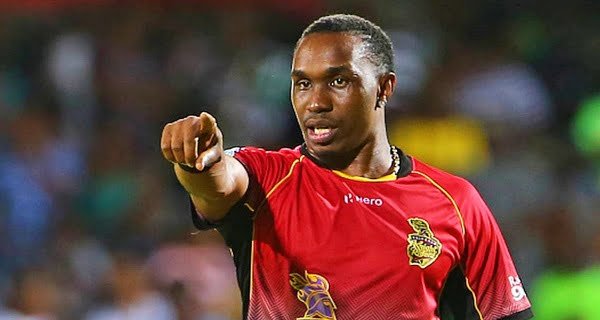 Abu Dhabi: West Indies all-rounder Dwayne Bravo, describing his cricket career as a proud one, after the ICC T20 World Cup being played in the UAE (UAE). Announced his retirement from International Cricket. This 38-year-old player had retired earlier but returned to international cricket again in 2019. He is an important member of the team in the current T20 World Cup.

However, with the loss against Sri Lanka on Thursday, the team was knocked out of the semi-final race. Sri Lanka won this match of the Super 12 stage by 20 runs. This was the third loss for West Indies in four matches and the team now has to play against Australia on Saturday, which will be Bravo’s last international match. Bravo, who played international cricket for almost 17 years, said, “I think the time has come (to say goodbye to international cricket). My career has been great. There have been many ups and downs representing the West Indies for 18 years, but when I look back, I am very grateful to have represented that region and the Caribbean for so long.”

Bravo said after Sri Lanka’s match, “I am very proud to have won three ICC titles. Two of these I have won under my captain (Darren Sammy) standing here on the left. I am proud to have been a part of an era of cricketers who were able to make a name for themselves on the global stage.” Earlier during the home series against Pakistan, skipper Kieron Pollard had said that Bravo was playing his last T20I game on Caribbean soil. Bravo has featured in all seven T20 World Cups and helped West Indies become champions in 2012 and 2016.

Supporting the young players, he said, “I will now try to share my experience with the young players. I think West Indies cricket has a bright future in the white-ball format and it is important for us to continue supporting and encouraging the players.” “This World Cup was not what we expected. We shouldn’t be disappointed on this one, it was a tough competition.”

13/08/2021/8:45:pm
Kabul: Terrorist organization Taliban is continuously taking control of Afghanistan. On the last day, four state capitals have been captured. In which Ghazni is...

585 people die in one day due to corona in California

17/04/2021/10:55:pm
Haridwar: The decision to prematurely conclude the ongoing Kumbh Mela at Haridwar was taken amidst the growing threat of Corona and a nationwide appeal....