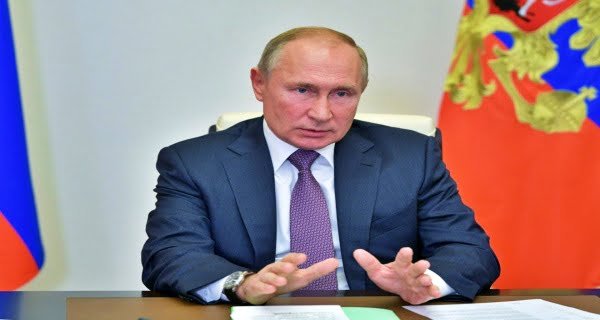 Moscow: Russian President Vladimir Putin is currently in self-isolation. Putin has self-isolated himself after the news of his close friends being Kovid positive came to the fore. Meanwhile, according to AFP, Putin has made a big disclosure saying that not only one or two people, but dozens of people in his circle have been found to be Covid positive before going into isolation.

According to reports, on Monday, Putin said that many more people have been found infected with Corona. The infected also include people with whom I have recently come in contact. That’s why it is important to self-isolate yourself. In April, Vladimir Putin got the indigenously made Corona Vaccine (Sputnik V) administered.

Significantly, on August 11 last year, Russia became the first country in the world to register a coronavirus vaccine. The Gamaliel Research Institute developed the vaccine while the Russian Direct Investment Fund (RDIF) is investing in the production and promotion of the vaccine overseas. Sputnik V is being used in many countries around the world including India.

18/11/2021/3:53:pm
New Delhi: The Supreme Court on Thursday overturned the Bombay High Court's decision, which had said that skin to skin touch for sexual harassment....

WHO team scrambling for Wuhan in China