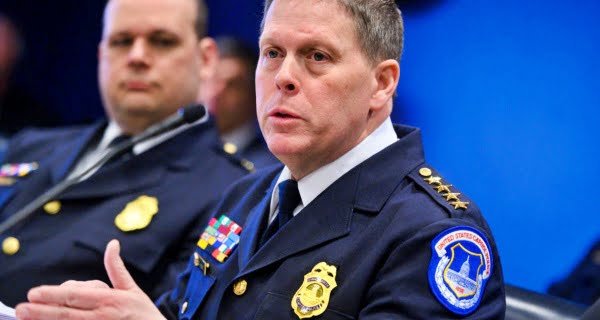 Washington: US Capitol Police Chief Steven Sando has announced that, after criticism for failing to stop President Donald Trump’s supporters from committing uproar in the US capital violence. Will resign this month.

Following the incident, Speaker of the House of Representatives Nancy Pelosi and Democratic Party leader Chuck Schumer in the Senate on Thursday demanded the resignation of the US Capitol Police Chief, saying they would be removed from service if they did not resign. In a letter to the Capitol Police Board, Sand said, “It is a matter of pride and pleasure for me to serve on the United States Capitol Police Board and to work with US Capitol Police personnel and Congress members.”

Other members of the board are also going to resign from the posts along with the sundae. He said, “I will go on leave from 17 January 2021 citing sickness. I have a sick leave of about 440 hours. ” On Wednesday, thousands of Trump supporters entered the Capitol Building and created a ruckus and clashed with the police. Trump supporters attempted to disrupt a joint session of parliament to confirm the victory of newly elected President Joe Biden and newly elected Vice President Kamala Harris. The United States Capital Police Labor Committee also demanded Sand’s resignation.

UN chief expresses concern over reports of violence at LAC between India, China

18/06/2020
The UN Secretary-General Antonio Guterres has expressed concern over reports of violence at the Line of Actual Control (LAC) between India and China. He...

03/01/2021
New Delhi: Corona Virus was a long-standing suspicion about vaccine prices. But on Sunday, Adar Poonawalla, the CEO of Serum Institute of India, has...

Danger of new corona strain looming in Meerut, 3 members of the same family...

26/12/2020
Meerut: Corona infection was confirmed in 3 people from London in Meerut, Uttar Pradesh. All three may be at risk of new strains of...