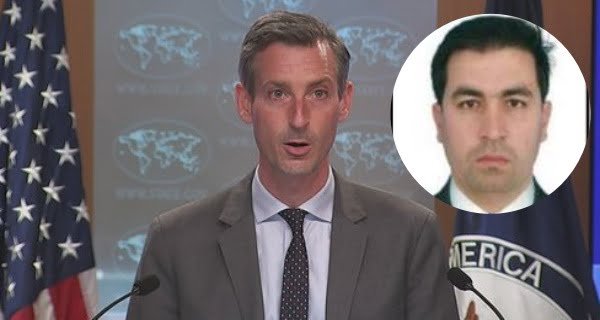 The Interior Department said that Ali Khan runs a smuggling network from Pakistan and takes money from people without valid documents to get them into the US through the Middle East and South-West Asia.

In a press release, the department said that Ali Khan, apart from illegally allowing people to enter the US through various countries from Pakistan, also provides forged travel documents to foreign nationals.

18/12/2021/9:58:am
Islamabad: There is a ruckus in the politics of Pakistan these days. Recently, a former member of Imran Khan's party PTI and retired judge...

10/08/2020/7:44:pm
Beijing: China has announced a ban against 11 US leaders and heads of organizations advocating democracy. They also include Senator Marco Rubio and Ted...

US will give a reward of 5 million dollars to anyone who gives information...

21/12/2021/9:38:pm
Washington: The US has offered a reward of US$ 5 million to anyone providing information about the terrorist attack on Bangladeshi-American blogger Avijit Roy...

Palpalnews hub is your news, entertainment, technology, politics, and lifestyle website. We provide you with the latest news and videos straight from the best news providers of the industry.
Contact us: i[email protected]