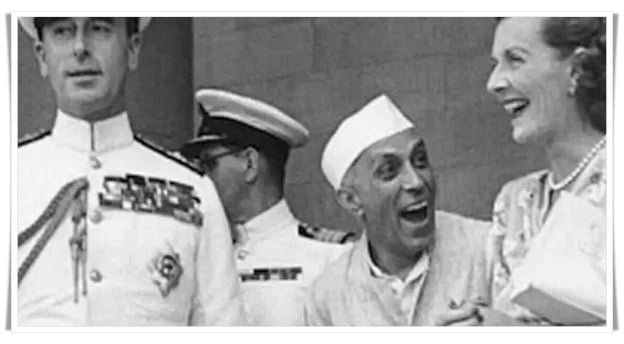 London: The British government has once again refused to disclose the diaries and letters of the last Viceroy of India, Lord Mountbatten, and his wife Edwina Mountbatten. British author Andrew Lovney has been trying to get them for four years and has spent two and a half million pounds. But once again, they have failed. His appeal has been rejected by the British Cabinet and Southampton University.

This information has been given in a report of the British newspaper The Guardian. The author believes that diaries and accounts can reveal many secrets about the partition of India and the relationship of Edwina, so the British government is not making them public. The report said that Lord Moumbaton’s diary and some of Edwina’s letters were ‘safe for the country’ in 2010. Southhampton University has acquired it and kept it in its archive.

Lovney, the author who wrote a book on Mountbatten in 2017, has been trying to get these diaries and accounts since 2017. Despite the order of the Appeal and Information Commissioner’s Office made public under the Freedom of Information (FOI), they have not been successful.

The university says that the government has ordered that these papers should not be made public without its order. Lovney has said that there is definitely something very interesting in this. They believe that these documents can open many secrets about the partition of the royal family and India.

21/09/2020/8:30:pm
New Delhi: The Ministry of Civil Aviation on Monday identified 78 new routes within the country in the first phase of the fourth phase...

The royal ride “Sawari” of Mahakal took place in Ujjain

17/08/2020/9:03:pm
Ujjain: This time due to coronavirus, the ride route was shortened. However, the grandeur of this ride remained the same as the royal ride...

10/10/2020/10:12:am
New Delhi: There is a slight decline in the number of patients infected with Coronavirus in the country. New cases of Corona have reduced...

Monsoon will knock soon, normal in north and south, forecast to be above normal...

01/06/2021/9:11:pm
New Delhi: The India Meteorological Department (IMD) said that the Southwest Monsoon (Monsoon) is normal in North and South India, above normal in Central...