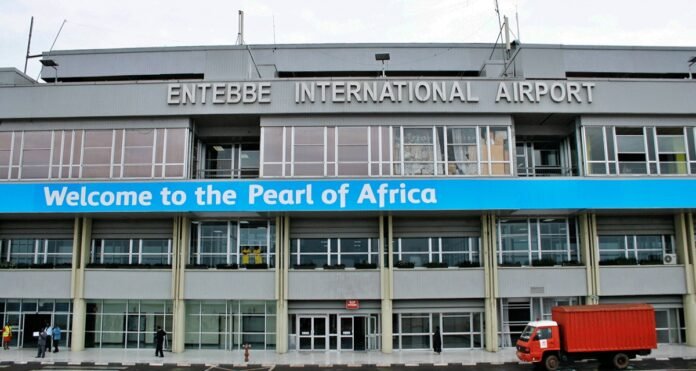 New Delhi: China has gone a step further in the matter of acquiring foreign assets due to non-payment of debt. It is being said that China has allegedly taken possession of Uganda Entebbe International Airport and other properties in the East African country.

In view of this, Ugandan President Yoweri Museveni sent a delegation to Beijing for re-negotiations with the Chinese government. Recently, the Museveni-led government signed an agreement with the Exim Bank of China to borrow $ 207 million for the expansion of Entebbe International Airport.

The loan repayment limit was 20 years
According to SaharaReporters.com, a news portal related to African news, the maturity period of the loan was 20 years including a grace period of 7 years, but now it seems that the Exim Bank of China The signed transaction means that Uganda has ‘handed over’ its only international airport.

However, Uganda tried to renegotiate the deal, but without success. In March 2021, Uganda sent a delegation to Beijing in the hope of renegotiating the terms of the deal.

Entebbe Airport Uganda’s only international airport
According to a report by another portal Allafrica.com, “After the mystery was uncovered that the Ugandan government signed an agreement and waived exemptions for the use of its sovereign assets with others, it was the first of those investigations. raises questions at the levels that bureaucrats do before making any deal at the international level.” Entebbe International Airport is the only international airport in Uganda and handles over 19 million passengers per year.

In many countries, including some African countries… After failing to repay commercial loans signed in haste or without proper investigation, China has confiscated their national assets by direct control.

30/09/2021/8:18:pm
Paris: Former French President Nicolas Sarkozy was found guilty on Thursday of illegal financing for an unsuccessful attempt to run for re-election in 2012....

24/06/2021/9:52:am
Madrid: John McAfee, the creator of McAfee Antivirus Software, has been found dead in a prison cell near Barcelona. A government official told this....

Omicron’s havoc in the US, number of Covid patients in California crosses 5 million

29/12/2021/2:55:pm
Washington: Countries around the world are facing the havoc of Omicron, a new variant of Coronavirus these days. Corona continues to wreak havoc in...

14/08/2020/7:41:pm
New Delhi: The Bravery and Service Awards have been announced today, the Ministry of Home Affairs has also released the list of Gallantry and...