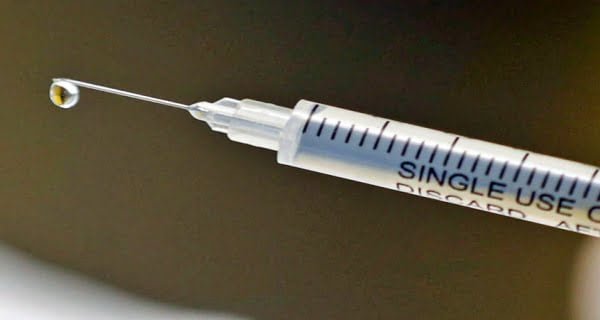 London: There is a debate here about the 12-week gap between the two doses of Covid-19 Vaccine. This move of the British Government aims to give at least the first dose of the vaccine to as many people as possible. In the UK, people from priority groups are being given two types of vaccines, Covid-19, one vaccine from Pfizer / BioNTech and the other vaccine from Oxford / AstraZeneca (Oxford / AstraZeneca). . The second dose of both vaccines has been suggested to be given after a gap of a few weeks.

Initial advice for a second dose of the vaccine to be given within 21 days was revised by British government scientists and suggested a 12-week difference between the two doses. The aim is to give at least one dose of vaccine to a far greater number of people so that they can get a somewhat immediate protective cover against the Covid-19.

The government’s Joint Committee on Vaccination and Immunization has claimed that unpublished data suggest that the Oxford-AstraZeneca vaccine has that efficacy even when given a 12-week difference between the two doses. However, the US pharmaceutical company Pfizer has stated that it has examined the efficacy of its vaccine by a difference of 21 days between the two doses while extending this period raises some doubts about its efficacy.

The World Health Organization has suggested a four-week gap between the two doses, and this should be increased to six weeks only in exceptional circumstances. England’s Chief Medical Officer (CMO) Professor Chris Whitty said again on Friday that a much larger number of people could be vaccinated more quickly than by increasing the difference between the two doses to a maximum of 12 weeks.

Pro. In a letter to Whitty, the British Medical Association (BMA) stated that it agreed that the vaccine should be applied as soon as possible but appealed to review this new policy and reduce the duration of the two doses. BMA Council President Dr. Chand Nagpal told the BBC that there was growing concern that keeping the 12-week gap between doses would reduce the vaccine’s efficacy.

At the same time, the British Prime Minister Boris Johnson has said, “In England, one in every 10 adult person has received the first dose of vaccine.” These include 71 percent of people above age 80 and two-thirds of those living in elderly care centers. But by giving everyone the first dose in the top four priority groups by the middle of February, we will continue on the path to reaching our goal. ”

06/10/2020
Moscow: The next launch of three Russian Gonets-M communications satellites is scheduled for November 26, a spokesperson for satellite operator Gonets told Sputnik. On September...

A car crashed into the office building of German Chancellor Angela Merkel, with the...

26/11/2020
Berlin: A car hit the door of the building where Chancellor Angela Merkel's office is located in Germany on Wednesday morning. There has been...

07/01/2021
Mumbai: After Kannada superstar, Yash's KGF grand success, his fans are eagerly waiting for 'KGF Chapter 2'. There is a lot of good news...