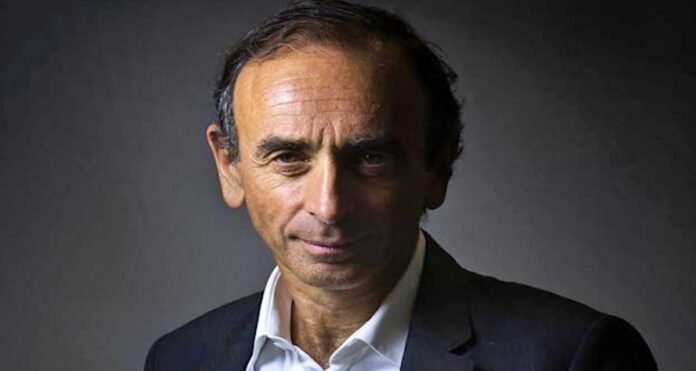 Paris: TV personality Eric Zemmour is in a lot of discussions these days in French politics. Right-wing ideologue Eric Jamo has announced to contest the French presidential election in the year 2022. These days, the news about him is being published as prominently in TV channels and newspapers as not about any other leader. His popularity is also increasing in opinion polls. Due to this, Jamo is now being considered a strong contender in next year’s presidential election.

In a survey that came last week, Eric Zemmour overtook far-right leader Marie Le Pen. Harris Interactive Paul reported that Jemo is getting the support of 17 percent of voters, while Le Pen is getting 15 percent. President Emmanuel Macron came on top with 24 percent support in the survey.

Targeting Islam
Jamo’s specialty is delivering inflammatory speeches. They target Islam in their speeches. This has increased social polarization in France, but Jamo is getting its political advantage. His supporters say that Jemo has come like a breath of fresh air. They are saying those things which other leaders refrain from speaking. Whereas Jamo has been punished in a case of inciting hatred.

Jaspard Gantzer, who was an adviser to former President François Allende, told the website Politico.Eu- ‘The way Trump tried to tell the American media his status, so did Jamo in France. He is in the media headlines because his provocative statements get more viewers or readers.

Trump and Jamo have many similarities
Analysts say that Trump and Zemo have many similarities. The lives of both have been almost the same and their views are also similar. Like Trump, the popularity of Jamo has been fueled by the constant coverage of him on TV news channels. Both insist that they are not professional politicians. He speaks the same offensive language against immigrants as Trump.

Recently, Jamo demanded that everyone born in France is made compulsory to have a Catholic name. He said that this would increase equality in society. Sociologist Philippe Corkoff told the website Politico- ‘The only difference is that Trump had campaigned against intellectuals, while Zemo considers himself an intellectual. To become the President of France, one has to wear a cloak of intellectualism. Macron publicized his closeness to the philosopher Paul Ricouy. That’s why Jamo wants to present himself as an intellectual Trump.

According to media watchdog Acrimade, last month Jamo got 11 hours on TV channels, while Socialist candidate Annie Hidalgo got only two hours. Le Pen was also given a little over two hours.

25/07/2020/10:23:pm
New Delhi: A study conducted by the All India Institute of Medical Sciences (AIIMS) has now shown that fever was never a major symptom...

Why Singapore is shutting down schools? an atmosphere of fear about new variants

19/05/2021/9:26:pm
New Delhi: Amid the second wave of Corona in India, now the new variant of Corona in Singapore has disturbed the world. The Government...

In a conversation with the US expert, Rahul Gandhi raised questions on America’s silence