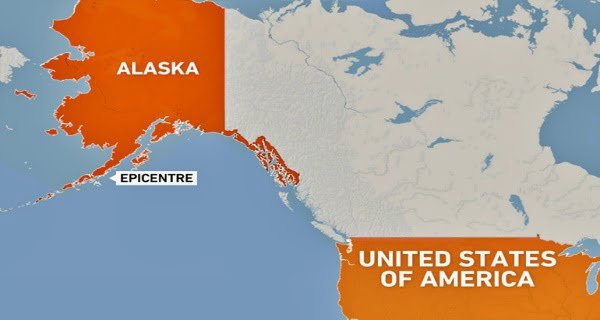 Perryville (USA): A tsunami warning has been issued for Hawaii following a magnitude 8.2 earthquake off the Alaska Peninsula. According to the Honolulu Star-Advertiser, the Pacific Tsunami Warning Center (PTWC) gave the quake a magnitude of 8.1, saying that “investigations are underway to determine the risk of a tsunami in Hawaii.”

At the same time, the US Geological Survey said that the quake had a magnitude of 8.2 and its epicenter was 56 miles (91 kilometers) east-southeast of Perryville, Alaska. “Based on all current information, this earthquake is expected to cause a tsunami and could be devastating to coastal areas away from its epicenter,” the PTWC said.

Based on preliminary seismic data, the quake would have been widely felt by almost everyone in the area of ​​the epicenter. This may cause mild to moderate damage. Moderate tremors were also felt probably in Perryville, Chignik Lake, and Sandpoint.

08/10/2020/12:10:am
San Francisco, United States:  As part of its Caribbean expansion, Andersen Global announces its entrance into the U.S. Virgin Islands (USVI) through a Collaboration Agreement...

05/11/2020/10:13:pm
Mumbai: Actress Poonam Pandey is in trouble. In fact, Poonam Pandey has been arrested by the Goa police today. A case has been registered...

Corona vaccine to be applied every day, including holidays in April

01/04/2021/3:57:pm
New Delhi: In view of the fast growing Corona Infection cases in the country, the Government has decided to intensify the Corona Vaccine campaign....