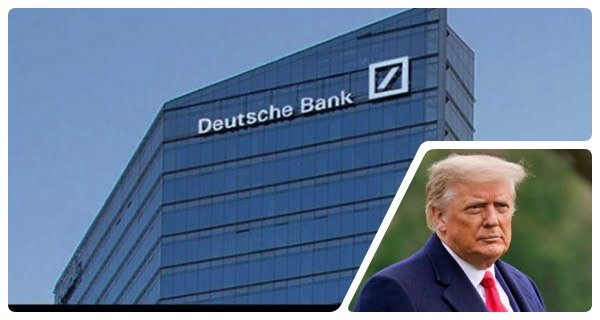 Berlin: US outgoing President Donald Trump may be adamant on his own insistence and is justifying his statements responsible for inciting violence, but he may have to bear the loss now. Deutsche Bank of Germany has announced the end of business relations with Trump and his companies. Deutsche Bank is a very large source of loan for Trump companies and this decision of the bank can be a big push for Trump’s business. Deutsche Bank has made this decision at a time when many other organizations are ending their relationship with Trump.

Earlier, from Twitter to the Professional Golfers Association, it was announced to break ties with Trump. All these companies played a key role in building the Trump brand. The bank has not officially made any statement in this regard, but the report says that the bank will no longer do any business with Trump. In the 90s, when Trump was on the verge of bankruptcy, Deutsche Bank was the only bank to loan Trump. Trump Group is yet to repay loan of $ 34 million to Deutsche Bank in the next few years. Signature Bank, another banker of the Trump Group, has said that it is closing two private bank accounts of Trump.

Trump still keeps telling himself right!
President Trump has defended his speech on the US Parliament just before the attack. Speaking to reporters at Andrew Airforce Base, Trump said, “You should always avoid violence. We have a lot of support, perhaps support that no one has seen before.” But when the reporters asked him how much his personal responsibility was in what happened in the Parliament House, his reply was, if you will listen to my speech and many people have heard and I have seen in newspapers and TV. It has been assessed and people feel that whatever I said was absolutely valid.
Trump added, “Many people, including senior leaders, have said that the protests and riots that took place last year after the death of George Floyd in police custody were more worrying than the riots in Washington.” After Trump’s speech, two hours before his supporters started attacking the police, Trump told the crowd, “We fight like Jahannam.” And if you don’t fight like Jahannam, then you will not be able to save this country. “The Democrats say that Trump’s words were an attempt to revolt.

Meanwhile, the FBI has asked those involved in the attack on Parliament to come forward and surrender. The FBI has said that even if you have left Washington, our agents in the states will find you. The FBI and Homeland Security have issued a new warning saying Trump supporters are trying to target the swearing-in ceremony of Joe Biden on 20 January.

13/08/2020
New Delhi: The Supreme Court has extended the deadline for registration of these vehicles, giving a big relief to the owners of BS-IV vehicles....

Belarus President arrives in Russia to seek support amid protests

15/09/2020
Moscow: Belarus President Alexander Lukashenko arrived in Russia on Monday amid the protests against his sixth term, hoping for debt and political support. Lukashenko...

24/09/2020
New Delhi: French company Dassault Aviation, which produces fighter jets, and MBDA, the missile manufacturer of Europe, as part of a deal related to...