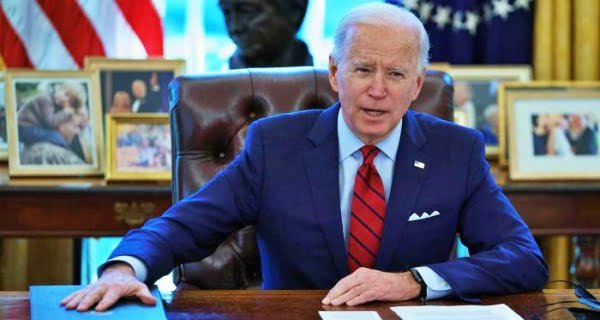 Washington: US President Joe Biden has said that he has signed three executive orders that would overturn the previous Trump Administration’s tough immigration policies that separated children from their families. done.

He said these orders would ensure a “fair, orderly and humane” legal immigration system. A review of the current policies is part of the Biden administration’s stated work agenda of 60 to 180 days, which will benefit thousands of Indian professionals seeking their future in America.

In connection with these orders, Biden said in the White House on Tuesday, “I am not making new laws, but I am ending bad policy.” During this time he was also accompanied by Vice President Kamala Devi Harris and Home Security Minister Alejandro Meierkus. Biden told reporters that the country would be stronger, safer and more prosperous if the US had a fair, orderly and humane legal immigration system and would lead to better management of borders.

He said the executive orders focused on strengthening the immigration system and supporting the steps he took on the first day of his term to protect people’s aspirations and lift the ban on Muslims. Biden stated in one of the three executive orders that the federal government should formulate good policies that promote integration, inclusiveness and citizenship and include all participation in the country’s democracy.

He said, “Today we are going to reverse the steps of the erstwhile administration which embarrassed the nation, in a way that has taken away children from their families, parents at the border” According to US media reports, undocumented adults were separated from their children at the US-Mexico border under policies of the administration of former President Donald Trump in an effort to curb illegal immigration. More than 5,500 families were separated under this policy and the parents of more than 600 children have not yet been traced.

Biden will be the first to make the appeal as soon as he becomes...

04/12/2020/11:01:pm
Washington: Newly elected US President Joe Biden said on Thursday that he would be the first to appeal to US citizens to wear a...

11/09/2020/2:22:pm
Denver, United States:  The Western Union Foundation has announced a commitment of USD $250,000 to provide aid for international students struggling to fund tuition and...