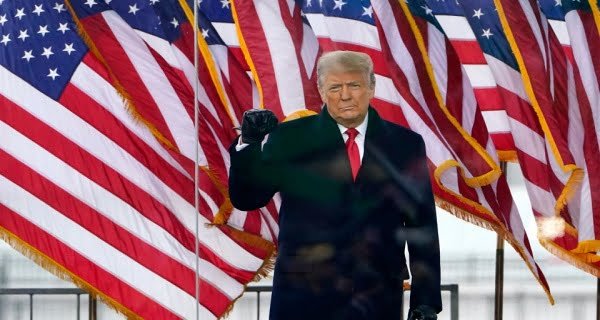 Ohio (USA): Former US President Donald Trump, for the first time since leaving the White House, in his campaign rally on Saturday, re-imposed allegations of mismanagement in the presidential election and the Democratic Party’s rule. I feared that the future of the country would be worrisome. The purpose of this rally of Trump was to take revenge on the Republicans who voted in favor of a second impeachment hearing against him.

A rally was held Saturday at the Lorraine County Fairgrounds near Cleveland, Ohio, to support Trump’s aide in the White House, Max Miller. Miller is challenging House of Representatives member and Republican leader Anthony Gonzalez for a seat in parliament.

Gonzalez is among 10 party members in the House of Representatives who voted to impeach Trump over his alleged role in the mob attack on the January 6 Capitol building. Trump referring to the presidential election “We had won a big victory, but they did something that should not be allowed to anyone,” he said at the rally.

20/10/2021/8:39:pm
London: Britain's competition regulator has fined social media platform Facebook $694 million (£505 million) for breaching rules. According to the regulator, this fine has...

Is central government really giving loans up to 5 lakhs at 2% interest under...

28/08/2021/2:10:pm
New Delhi: The Central Government has started the Pradhan Mantri Mudra Yojana to start small businesses. Under this, people are given a small amount...

Chandigarh Police summons Salman Khan and his sister Alvira, accused them of cheating

08/07/2021/8:49:pm
Mumbai: The troubles of Salman Khan, his sister, and his company 'Being Human' may increase. A Chandigarh-based businessman has accused him of cheating. The...

Australia to Poll on May 21,’Bushfires, Covid & Floods’ somany Challenges for Scott Morrison

Remove the wrong map of Jammu and Kashmir from your platform...