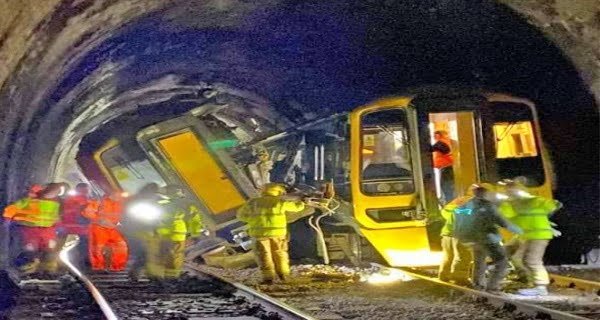 London: Several people were injured when a train derailed and another train collided with it in the southern city of Salisbury, Britain. Officials gave this information on Sunday. Network Rail reported that the rear compartment of a passenger train derailed after “hitting an object” as it approached Salisbury station, about 70 miles (113 km) southwest of London.

All the signals in the area were stalled due to the derailment of the train, due to which another train collided with the train. “Several injuries are reported and emergency services are on the spot,” Network Rail said. Britain’s Transport Police said no one was killed in the accident. Police said “several people were injured”, but did not give details.

The Dorset and Wiltshire Fire and Rescue Service said about 50 fire tenders were at the scene. Transportation Secretary Grant Shapps tweeted that the incident would be investigated.

UP Police encounters 124 criminals in three and a half years

18/08/2020/9:04:pm
Lucknow: Ever since the BJP government was formed under the leadership of Yogi Aditynath in Uttar Pradesh, the police have been wreaking havoc on...

IBM Study: 99 Percent of Organizations in India Are Using Varied Combination of Hybrid...

30/10/2021/3:08:pm
Bangalore:  Managing cloud operations across environments from a ‘single pane of glass’ is important or extremely important for 78 percent of the respondents in India...