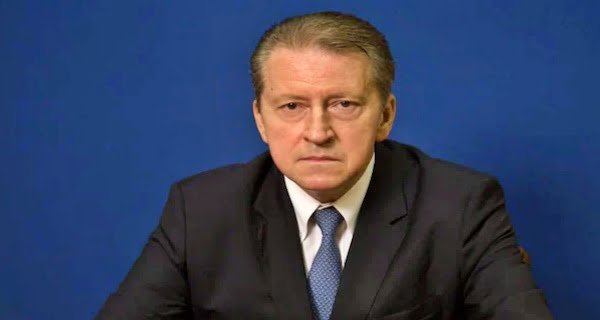 New Delhi: Russian Ambassador to India Nikolay Kudashev said on Monday that Russia and India have common concerns that the land of Afghanistan should not be used to spread terrorism in other countries and terrorism in Russia and Kashmir. There is a ‘threat’ of spreading terrorism. Kudashev also said that there is not much difference between Russia and India’s position on the overall situation in Afghanistan and Moscow’s thinking in recognizing Taliban rule will depend on the Taliban’s actions.

Kudashev told PTI in an interview that Russia would like Afghanistan to have an inclusive government that can ensure security, stability. Have kept in touch with each other on the developments there. Kudashev said, “Both India and Russia are concerned about the situation in Afghanistan. We want inclusive government. We want that the land of Afghanistan should not to be used to spread terrorism in other countries of the region.

“These are very basic values ​​that bring Russia and India together,” he said. I don’t see much difference in our stand on Afghanistan.’ He said that any kind of civil war would be detrimental to the regional security landscape.

On the possibility of shifting the focus of various terrorist organizations operating out of Afghanistan from the conflict-hit country, he said, “As far as terrorism is concerned, we share our concerns with India. There is a danger of spreading terrorism to the territory of Russia and the region of Kashmir. This is a matter of common concern.

Indian Ambassador to Qatar Deepak Mittal met senior Taliban leader Sher Mohammad Abbas Stanekzai in Doha on Tuesday. In the meeting, Mittal told Stanekzai that the land of Afghanistan should not be used for anti-India activities and terrorism. Kudashev said tackling the menace of terrorism has been a subject of continuous dialogue between Russia and India under various frameworks. This includes the bilateral system of the Anti-Terrorism Working Group.

“Anti-terrorism action is a part of every bilateral meeting. We assure you that we are aware of this threat and we are very much willing to cooperate in dealing with it.

04/04/2021/11:02:am
Mumbai: Corona figures are increasing every day across the country. From the general public to the stars of the Bollywood world, they are constantly...

23/10/2020/12:28:am
Bengaluru:  UL, a leading global safety science company, announced today that the National Accreditation Board for Certification Bodies (NABCB) accredited UL as a Certification Body...