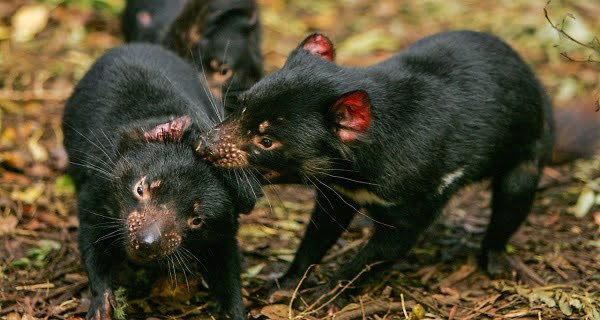 There are many animals around the world whose species have become completely extinct and some animals are on the verge of extinction. The only carnivorous creature (a class of mammalian animals) found in Australia, the Tasmanian Devil, was completely extinct. He is once again flourishing. Surprisingly, this will be the first time after 3000 years that the Tasmanian devils will be able to roam freely in the main forests of Australia.

According to media reports, the Tasmanian devil is a creature found only in the jungles of the island state of Tasmania. After the extinction of Thylacine in 1963, it became the world’s largest carnivorous marsupial creature. Its mouth is like a rat but it is like a dog in shape. The pandemic that killed many animals in 1990 is believed to have given the name to the Tasmanian Devil because of its large and pointed teeth, sharp claw attack and dangerous ability to bite.

In the year 1990, epidemics of facial tumors spread rapidly in these animals, which killed thousands of animals. This animal was placed in the highly protected category of the 2008 UN Red List. After this, the devils of the surviving count in the forest were brought to the zoo’s veterinary hospitals for treatment. Revolutionary steps were taken to save the creature, found only in Australia, on the verge of extinction.

06/08/2020/9:55:pm
Srinagar: BJP leader and sarpanch Sajad Ahmed Khande was shot dead by militants near his house in Kulgam district of South Kashmir on Thursday....

Britain may take a big decision on the Corona vaccine, second vaccine for people...

08/04/2021/10:18:am
London: The UK drug regulator has said that the Corona Virus anti-AstraZeneca vaccine has wide benefits, but in rare cases of blood clot formation...

31/08/2020/10:59:am
New Delhi: The health of former President Pranab Mukherjee has worsened on Monday compared to Sunday. His health condition has declined. In addition, the...

Conflict between Israel and Hamas continues, Palestinians strike in protest

18/05/2021/8:00:pm
Gaza City: Israel on Tuesday carried out several airstrikes on extremists in Gaza and toppled a six-story building while extremists fired a large number...