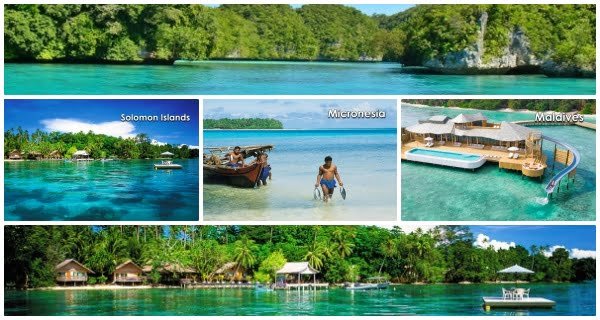 New Delhi: Due to modernization and industrialization, the environment is changing rapidly. Many problems are arising due to this change in the environment, one of which is global warming. Due to global warming, there is a constant movement inside the earth. Due to this increasing movement, the problem of emergencies like heavy rainfall, flood, drought, storm, and cyclone is increasing worldwide. Experts are also being told that the ice frozen at the poles will melt and the seawater will increase.

The result of this will be that the cities located on the seashore including the islands built in the sea will also be submerged in water. A long time ago, in a study done by American scientist Beno Gutenberg, it was revealed that seawater is increasing very fast. For this, Gutenberg studied the data of the last 100 years. The melting of the polar ice is increasing the seawater. In the nineties, NASA has also confirmed this. The biggest danger from the rising water level in the sea is the sinking of beautiful islands. Many such islands will be submerged in water in less than the next 6 decades. So let’s know about those islands…

14/07/2020/8:42:pm
New Delhi: The Ministry of Human Resource Development (HRD Ministry) has released Guidelines for Online Classes in schools on Tuesday and has set the...

20/05/2021/8:51:pm
Mumbai: Health Minister Rajesh Tope of Maharashtra told Prime Minister Narendra Modi on Thursday that the biggest concern is the state at the moment...