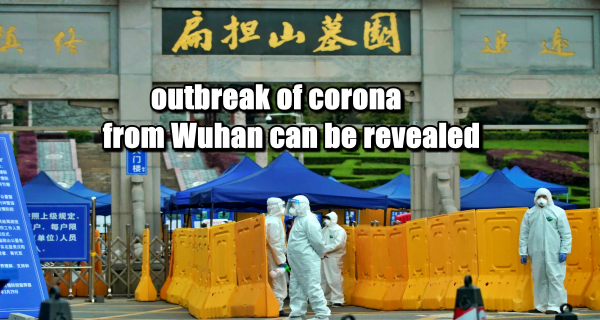 Wuhan: The son of a man who died of Corona Virus infection in China, WHO arrived in Wuhan City, China to locate the origin of the epidemic virus spread all over the world. There is a demand to meet the team. This person has said that the World Health Organization (WHO) team of experts should meet the affected families who are accused of suppressing their voice.

After months of negotiations, China has allowed the WHO team to visit the city of Wuhan from where the corona virus infection began. Beijing (Beijing) has not given any indication that these experts will be allowed to gather evidence or visit affected families. It has just said that the team can exchange ideas with Chinese scientists.

“I hope the WHO experts will not be the medium to spread lies,” said Zhang Hai, who sought to meet the WHO team. Zhang’s father died of a corona virus infection on February 1, 2020. He said, “We are constantly looking for the truth. It was a criminal act and I do not want the WHO team to come to China to cover up these criminal acts. ”

The Foreign Ministry of China has not immediately responded to a request for comment. The WHO team arrived in Wuhan on 14 January and is expected to begin its work after completing its 14-day Isolation.

01/10/2020
New Delhi: Jomato and Swiggy, who deliver food to homes, have received a notice of violation of the Play Store rules from Google. Both...

Britain’s parliament will consider discussing the farmers protest in India

04/02/2021
London: The Petition Committee of the UK Parliament will consider a demonstration in the House of Commons premises on the performance of Farmers Protest...

11/09/2020
Mumbai: A Delhi-based rapper has alleged that this year's Indian Premier League (IPL) anthem 'Aayenge Hum Back' has been stolen from a song he...

28/10/2020
New York: A federal judge on Tuesday rejected President Donald Trump's request to remove him as a defendant in a defamation case. He is...