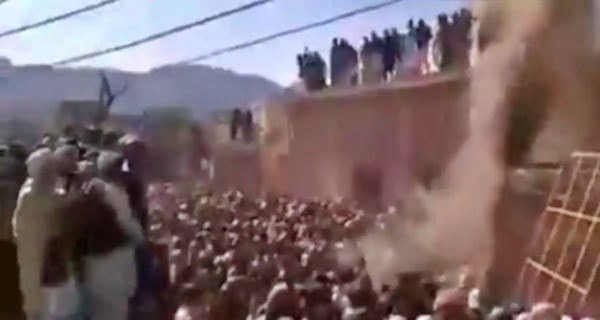 Islamabad: The Supreme Court of Pakistan on Tuesday ordered the Evacuee Property Trust Board (EPTB) to begin the reconstruction of a century-old Hindu temple. Last week, a mob broke into Khyber Pakhtunkhwa province and set fire to it.

The court said that the country was suffering “embarrassment internationally” due to this attack. The Dawn newspaper reported that the Supreme Court had taken cognizance of the attack and ordered local authorities to appear in the court on January 5. The court directed the board to hand over the details of all such temples and gurudwaras in Pakistan which are operational or closed.

Human rights groups and minority Hindu leaders have staged an attack on members of the fundamentalist Jamiat Ulema-e-Islami Party (Fazl ur Rehman Group) on Wednesday at Terry village in Karak district of Khyber Pakhtunkhwa province. Is condemned. During the hearing on Tuesday, a three-judge bench headed by Chief Justice Gulzar Ahmed directed the EPTB to remove encroachments in temples across the country and take action against the officials involved in the encroachments.

Justice Ahmed said that the Karak incident “embarrassed Pakistan internationally”. The EPTB is an autonomous board that manages the religious properties and temples and gurudwaras of Hindus and Sikhs who migrated to India after partition.

After death of 13 American soldiers, Joe Biden, said – will take account of...

27/08/2021/9:31:am
Kabul: 72 people have lost their lives in an attack by two suicide bombers and gunmen near Kabul airport in Afghanistan. Thirteen US soldiers...

No coercive action against pvt firms for non-payment of full wages during lockdown: SC

12/06/2020/7:52:pm
New Delhi: The Supreme Court today directed that no coercive action should be taken till July last week against private companies, which have failed...