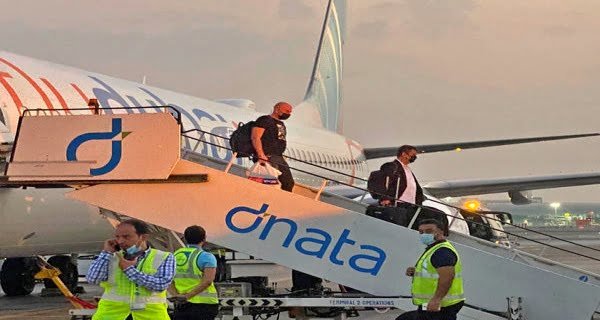 Jerusalem: The Iranian government has asked its citizens to refrain from traveling to the United Arab Emirates (Gulf Arab states) and Bahrain in anticipation of attacks by Iranian targets. Iran has threatened to strike Israeli targets following the assassination of its top nuclear scientist, prompting Israel to issue travel advice.

Iran has accused Israel of being behind the killing of the scientist. However, Israel has not yet commented on the allegations. Israel had recently signed agreements establishing diplomatic relations with the United Arab Emirates and Bahrain, following which thousands of Israeli tourists were due to visit Gulf countries this month.

With Facebook’s Artificial Intelligence, offensive content will soon be curbed

23/06/2021/8:41:pm
Indore: If you want to enter the famous Khajrana Ganesh temple in Indore for darshan, then first you will have to show your certificate...

The President of Turkmenistan erected a ‘gold statue’ of his favorite dog on the...