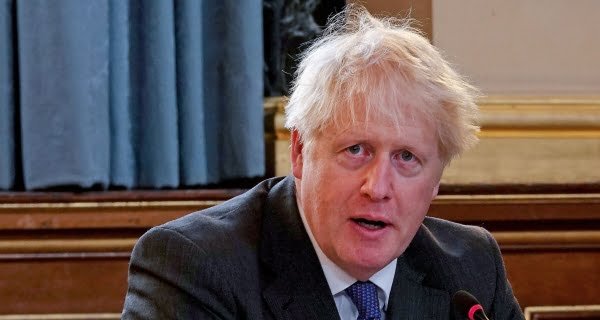 London: British Prime Minister Borris Johnson’s visit to India has been canceled. He was scheduled to visit India next week, but the tour has been canceled due to the Corona crisis. Earlier, he was scheduled to attend the January 26 event as the chief guest but had canceled his tour. In this way, Boris Johnson has canceled his plan to come to India twice in a row. According to information received by the British Foreign Ministry, he has postponed his visit to India next week due to the Corona crisis.

Instead, India’s PM Narendra Modi and Boris Johnson will discuss the relationship between the two countries by the end of this month and talk about future plans. Apart from this, he will remain in constant touch. The two leaders may meet in the coming years this year. A joint statement can be issued by both countries regarding the cancellation of Boris Johnson’s tour by the end of this month. Opposition parties of Britain were also attacking him for Boris Johnson’s visit to India. Opposition parties said that they should avoid going on foreign trips in that situation like the Corona crisis in Britain.

Steve Reid of Britain’s Labor Party strongly opposed Johnson’s visit to India. He had said, ‘The UK government is telling people not to travel if it is not necessary and I do not understand why PM Boris Johnson cannot discuss a zoom meeting with the Indian government. In this era, many of us do it here. I think the PM and those who are in public life should set an example. ‘

08/09/2020
Shaver Lake (US): According to the American Forest Service, this year, 2 million acres of forest in California have been exposed to fire and...

The Corona vaccine will be available at “End of this year or early next...

16/11/2020
London: The new Covid vaccine being developed by leading pharmaceutical company Pfizer and Biontech will start making it available "at the end of this...

28/11/2020
Atlanta (USA): The largest female whale shark of the Georgia Aquarium in Atlanta has died. The aquarium said in a statement on its Facebook...

Palpalnews hub is your news, entertainment, technology, politics, and lifestyle website. We provide you with the latest news and videos straight from the best news providers of the industry.
Contact us: [email protected]alpalnewshub.com