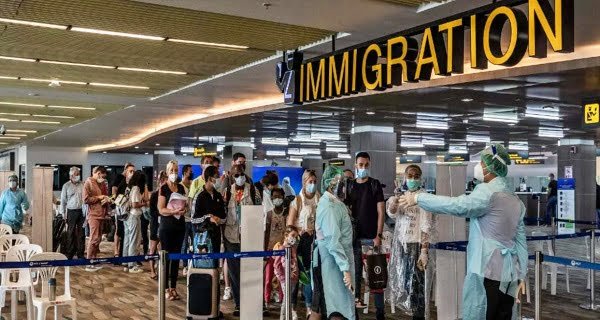 New Delhi: Thailand reopened its doors on Friday for travelers arriving from 45 countries. The special thing is that people from these countries will be given quarantine free entry in Thailand. Meaning that they will not have to be quarantined even for a day. In fact, Thailand’s most important tourism sector has suffered heavy losses due to the coronavirus, due to which the country’s economy has collapsed. In such a situation, the government here has announced quarantine free admission for the people of selected 45 countries, so that there can be some help in improving the economic condition of the country.

Thailand has released a list of 45 countries, 42 countries including Canada, Singapore, and China, but India’s name is not included in them. In September, Thailand reopened its doors to Indian travelers as part of its ‘Phuket sandbox’ program. But since then there has been a lack of coordination in the bilateral agreements between the two countries. Now the Kovidshield vaccine of Serum Institute of India is also included in the list of vaccines approved by the World Health Organization (WHO) along with Pfizer and Moderna.

What are the rules of quarantine?
For now, Indian travelers upon arrival in Thailand will be required to quarantine at an accredited hotel for at least 7 nights before traveling to other cities and provinces here. The Thailand embassy said in a release that passengers entering Thailand by air under the ‘sandbox’ program will undergo a mandatory quarantine of at least 10 days at a designated hotel in Bangkok for non-vaccinated passengers. . It also states that unvaccinated children will also have to be quarantined with their parents for 10 days, even if they have been vaccinated.

Decision to stock LPG, evacuate schools in Kashmir, amid tension from China

28/06/2020/11:05:pm
Srinagar: Tensions between India and China have been increasing since the violent clash in Ladakh. Meanwhile, after the order of the Government of Jammu...

05/03/2021/9:36:pm
Mumbai: The corpse of the owner of the suspected car parked outside the house of the country's veteran and richest industrialist Mukesh Ambani has...

06/10/2020/12:52:am
Bangalore:  Smack bang in the middle of 2020 and the lines between casual and office wear have almost blurred beyond recognition. Still, professionalism demands a...