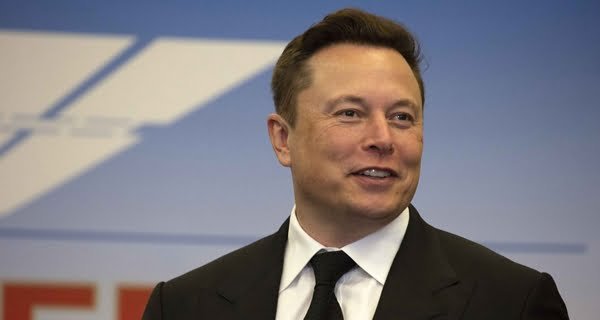 New York: Tesla co-founder and billionaire Elon Musk has already become the world’s richest person. But now we are moving fast towards becoming the world’s first trillionaire. Morgan Stanley experts have predicted that his SpaceX company is going to make a big leap in the coming times.

Morgan Stanley’s Adam Jonas wrote in a note titled “SpaceX Escape Velocity” that a private space exploration company is challenging any bias from their rockets, launch vehicles, and supporting infrastructure. SpaceX is faster than the speed and it is impossible to catch them.

SpaceX currently accounts for less than 17% of Musk’s $241.4 billion net worth, according to the Bloomberg Billionaires Index, and the company has been valued at $100 billion after the stock jump this month.

Jonas, who has a $200 billion bull-case valuation for SpaceX, has written that he considers SpaceX to be a group of companies rather than one. This includes space infrastructure, earth observation, deep space exploration, and other businesses. Its Starlink satellite-communication business has contributed immensely to the entire company.

Let us tell you that due to Tesla’s estimated share performance, Musk has already been seen as the world’s first trillionaire. Tesla’s red-hot run kicked off last year, boosting Musk’s net worth. But the story is not over yet. On Monday alone, it added $6.6 billion to Musk’s net worth.

Unique name of his son – The world’s most famous businessman Elon Musk was once confused after hearing his own son’s name. Similarly, it is not too surprising because he has named his son X A-12. Kept with his partner Grimes. Let us tell you that once the press asked him how is X A-12. Hearing this, Musk was confused. He asked the reporter to repeat it. Then he laughed and said, ‘Oh, you mean my son? It looks like a password.’
California left to save tax – If you think that only middle-class people are engaged in tax saving measures then maybe you are wrong. Actually, Elon Musk, the world’s richest person, was also preparing to save billions of dollars in tax. In fact, a media report said that Elon Musk is reportedly preparing to leave California in the US and move to Texas to save some income tax.

Drank ganja in a live show – Elon Musk once attended the program of California comedian Joe Rogan. Where he took puffs of ganja during the live show and also drank alcohol. This program was seen by many people of the world on the Internet.

Didn’t understand Bill Gates – Technology giant Bill Gates had said about Tesla’s electric truck some time ago that they are not capable of traveling much longer distances. A few days later, Elon Musk targeted Gates. In fact, when a follower on Twitter asked Musk about his reaction to Gates’s opinion on the practicality of the electric truck, Musk responded by saying, ‘He has no understanding of it.’

Elon Musk supports the ‘Signal’ app – Tesla CEO Elon Musk tweeted after the change in the privacy policy of WhatsApp and asked to use the ‘Signal’ app. Let us tell you that WhatsApp has made changes to forward and process the information of its users with the parent company Facebook. After which Musk supported the use of the Signal app. Musk has a long history of public disagreements with Facebook founder Mark Zuckerberg.

Grandfather of 40 grandchildren married for the fifth time, marriage became the topic of...

10/03/2021/9:08:pm
Islamabad: Marriage from the city of Gujranwala in Pakistan has become a topic of discussion. There are 40 grandchildren of the groom (Groom) in...

Crown Bioscience Invests in Process Excellence with the Appointment of New Vice President of...

10/10/2020/12:50:am
San Diego, United States:  Crown Bioscience today announces the appointment of Pam Shang as vice president for global quality. Mrs. Shang will be instrumental in...

Amitabh Bachchan NFT collection got bids worth Rs 3.8 crore on the first day

11/03/2022/10:03:am
New Delhi: The war between Russia and Ukraine is starting. Videos and pictures of the devastation of Ukraine are going viral on social media....

Conflict between Israel and Hamas continues, Palestinians strike in protest

America likely to fall into recession by 2022: Nomura