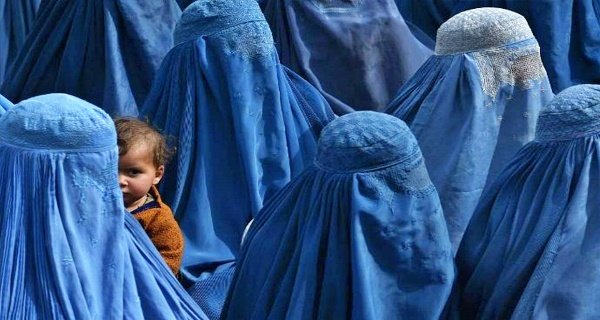 Kabul: The Taliban, which occupied Afghanistan, has issued a new decree, increasing the ban on women. It has issued ‘religious guidelines’ on Sunday. The Taliban administration on Sunday issued new ‘Islamic Religious Guidelines’ (Taliban Rules for Afghan Media), according to which female actresses cannot be shown in serials or daily soaps on television channels in the country. Not only this, but the Taliban have also ordered to stop the telecast of all the old serials made with female actresses. The Taliban decree also states that women TV journalists should wear a hijab while anchoring.

Along with this, the Taliban has asked female journalists on television that they must wear a hijab while presenting news reports. The ministry has asked the channels not to air films or programs that show anything about the Prophet Muhammad or other dignitaries. It has called for a ban on films or programs that are against Islamic and Afghan values.

Order not told religious guidelines
Ministry spokesman Hakif Mohajir told AFP news agency, “These are not rules but religious guidelines.” These new guidelines have been widely circulated on social media on Sunday evening. The Taliban had promised in the Doha agreement that it would not rule as before and came with an open mind. But even then he started applying the rules and telling what women can and cannot wear.

Atrocities on journalists
Along with this, the Taliban had promised media freedom, but in Afghanistan, many journalists are being assaulted, are being tortured. The Taliban, which captured the country on 15 August, has returned to power after 20 years. It has been ruled by a West-backed government for two decades, which fell after being taken over by the Taliban. During the time of this government, the Afghan media has made a lot of progress. After the ouster of the Taliban from power in 2001, there has been a huge investment in the private sector. Dozens of TV and radio channels have been started.

NSO may sell Pegasus, a company that came into the limelight after the espionage...

Amazon, Paytm and Tata, In the race to get this license from RBI,...

03/03/2021/9:58:pm
New Delhi: The Reserve Bank of India (RBI) wants to create a separate digital payment platform as an alternative to the National Payment Corporation...