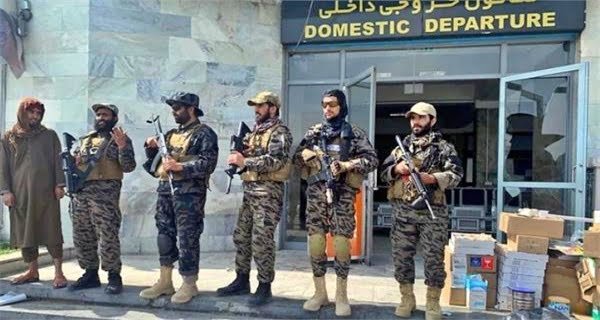 Mazar-e-Sharif (Afghanistan): A female Afghan worker working for a US organization in Afghanistan said the Taliban had barred her and hundreds of other people from boarding a special flight operating out of the country. Keeping her identity a secret, the woman told The Associated Press on Tuesday she feared for her safety if the Taliban identified her.

The American organization Ascend has been working for Afghan women and girls for years. The woman, who briefed the Associated Press, was among hundreds who are said to have been intercepted by the Taliban. Among them are US citizens and green cardholders. The woman said they are waiting to board a special flight to leave from the northern city of Mazar-i-Sharif and have been staying in hotels and residential halls for nearly a week.

“We feel that we are in some jail,” the woman said. He said the people leaving the country included US citizens they met and are close to 70 and more vulnerable. They are the parents of an Afghan-American living in America.

Taliban officials said they would allow people holding proper passports and other documents to leave the country. Meanwhile, US Secretary of State Antony Blinken on Tuesday dismissed claims by Republican lawmakers that Mazar-i-Sharif was in a hostage-like situation after the US evacuated troops and diplomats.

The woman, who spoke to the Associated Press, told that her group has proper passports and visas but the Taliban are not allowing them to go to the airport. The woman said she had fled the women’s side of the hotel last week when she heard that the Taliban were searching for possible people leaving the country and took some with them.

01/06/2021/9:30:pm
London: The handwritten notes of the great scientist Isaac Newton are going to be auctioned soon in London. These articles reveal what was going...

25/06/2020/9:19:am
New Delhi: Corona virus has taken the lives of millions of people, along with those who have survived, has also caused great financial injury....

Instagram is very dangerous for young people know why?

15/09/2021/1:56:pm
New Delhi: If your children also use Instagram, then you need to be very alert. This is because Instagram is making children mentally ill...