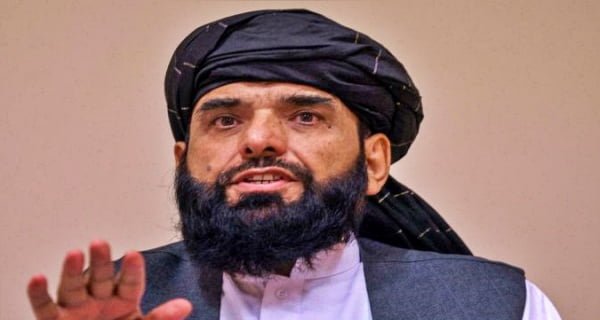 Kabul: The Taliban government of Afghanistan has made another attempt to get international recognition. The Afghan government has named Suhail Shaheen, who was a spokesman for the Taliban during peace talks in Qatar, as ambassador to the United Nations. Not only this, he has also sought permission to speak at the United Nations General Assembly (UNGA). The Taliban’s decision has come after his statement in which he said that he wanted to address world leaders at the United Nations. Meanwhile, Qatar’s Emir Sheikh Tamim bin Hamad Al Thani has urged world leaders not to boycott the Taliban.

Al Thani stressed, “negotiations with the Taliban need to continue because the boycott will only lead to polarization while talks can lead to positive results.” are panicking and are shying away from recognizing the Taliban government in Afghanistan.

Ghulam M. Isakzai was approved by Afghanistan as the Permanent Representative of Afghanistan to the United Nations in July this year. However, after overthrowing the government of Ashraf’s Ghani, the Taliban captured it. The Taliban’s foreign minister has also written in his letter that Isakzai’s work is now over. If he no longer leads Afghanistan, he should be replaced by a representative of the Taliban.

At the same time, Guterres’ spokesman Haq said that until the credential committee makes a decision on this, then only Ghulam will continue to represent Afghanistan. Haq said the request for a UN seat in Afghanistan was sent to a nine-member credentialing committee. The members of this committee include America, China and Russia. The committee meeting is unlikely to take place before Monday on this issue, so it is difficult for a Taliban representative to speak from the UN forum. The UN’s acceptance of the Taliban ambassador would be an important step in the path of international recognition. With the approval, it will be of great help to the cash-strapped Afghanistan.

01/07/2021/5:09:pm
Geneva: The World Health Organization has again expressed concern about the Coronavirus. According to WHO, in Europe where the cases of the corona were...

Arms, ammunition airdropped from drone in Samba, other material recovered in Poonch

06/08/2021/4:49:pm
Jammu: Security forces on Friday recovered a cache of arms and ammunition airdropped from a drone in Samba district while wireless sets and other...

23/06/2021/9:34:am
Islamabad: Strong tremors of earthquake were felt in Pakistan on Wednesday morning. Islamabad, the capital of Pakistan, was shaken by the tremors of the...