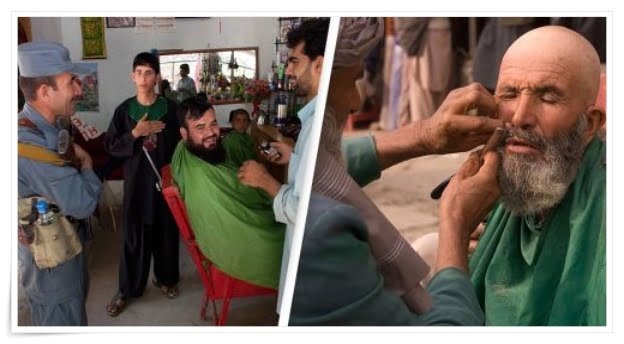 Kabul: After the formation of the government of the Taliban in Afghanistan, new rules and regulations have started coming into force. In this episode, barbers in Helmand province of Afghanistan are no longer allowed to cut men’s beards. Along with this, playing music in the barbershop has also been banned. The new rules mark the latest in a series of sanctions imposed on the people of Afghanistan based on the Taliban’s strict interpretation of Islamic Sharia law.

According to a CNN report, the order issued by the Taliban government said, “You are immediately informed that, from today, shaving the beard and playing music in barbershops and public baths are prohibited.” According to the report, the order further states that “If anyone is found shaving someone’s beard or playing music in a barbershop or public bath, they will be dealt with in accordance with Sharia principles and they have no right to complain.”

Although the Taliban said their regime would be softer than their previous regime, since seizing power in August there have been several reports of harsh action, including detaining and attacking journalists and the use of whips. is included.

Earlier, Mullah Nooruddin Turabi, one of the senior Taliban leaders and founder member of the Taliban, has said that such punishments keep people in fear and people think twice before punishing.

In an interview given to the news agency AP, Turabi said, there are strict laws against crime in many other countries too, we do not oppose it, so no one should object to our law. In this interview, Turabi said that those who commit a mistake or a crime will be given punishment like the death penalty and amputation of body parts, but this time perhaps such punishments will not be given publicly. Punishment like chopping hands is necessary for the security of the country.

Turabi said that such punishment keeps people in fear. The Taliban government is continuing to consider whether such punishments for crimes should be given publicly or not, we will prepare a draft soon.

Launch of the country’s first sea-plane service, know the fare and all the necessary...

Lord’s ‘warning’ prevented Rajinikanth from going into politics, said- don’t want to be a...

29/12/2020/2:00:pm
Chennai: Bollywood and Tollywood veteran actor Rajinikanth will not enter politics and will not form his own political party. Rajni, in a long letter,...