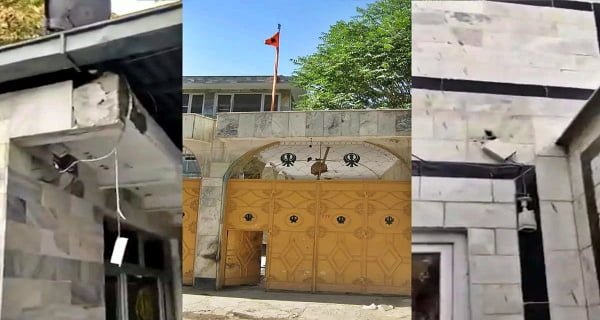 Kabul: The Taliban is engaged in hiding the acts of cruelty from the world by wearing a mask of decency, but their black deeds bring their real face in front of the world. Everyone knows the reality of the Taliban being a terrorist organization. Even though he is assuring that he will not oppress women and will give everyone a chance to live in peace, but by attacking the Gurdwara Karte Parwan in Kabul, the capital of Afghanistan, his own infamous intentions have been attacked. Once again brought in front of everyone.

Sardar Govind Singh, a member of the Afghan Sikh Minority, has given this information by sharing a post on social media. He said that the armed men broke the CCTV cameras and broke many locks present in the Gurudwara. Many more posts have also been made in this regard on the Internet and the Taliban has been held responsible for this act. However, there has been no statement from India in this regard so far.

It is to be known that soon after the capture of Kabul on 15 August 2021, some people of the Taliban had come to Parwan to perform the Gurdwara. Many Hindus and Sikhs had taken refuge here. At that time the Taliban commander had assured the Sikh leaders of the security of their society.

Relief news about Corona, for the second day in a row, close to 25...

Unlock in Delhi from today, Metro operations resumed with 50% capacity

07/06/2021/10:09:am
New Delhi: Delhi Metro services were resumed on Monday after a gap of nearly three weeks after the COVID-19 situation improved in the national...