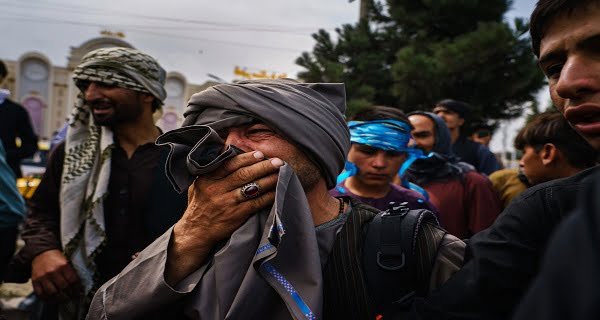 Kabul: Afghanistan is in condition-e-war. Even though the Taliban has claimed to form the government, but the situation is getting worse here. Foreign institutions like the World Bank and the US have already frozen Afghanistan’s funds. In such a situation, it is becoming very difficult for the Taliban to run the country. The New York Post report claimed that most Taliban fighters were not paid for several months. Many countries have already refused to recognize the Taliban.

Things are getting worse
Afghanistan is heading towards a major economic crisis. There is a huge cash crunch in the country. Foreign aid was stopped after the Taliban took over Afghanistan. The IMF and the World Bank also put a moratorium on their loans. The US also withheld $ 9.4 billion in currency reserves of the Central Bank of Afghanistan. The Financial Action Task Force (FATF) has also asked its 39 member countries to block Taliban assets. At such a time, the prices of everyday things are skyrocketing in Afghanistan. The United Nations has warned that 97% of Afghanistan’s population could go below the poverty line. Before the arrival of the Taliban, 72% of the country’s population was below the poverty line.

A bad condition of Taliban fighters too
The New York Post reported that Taliban fighters outside the country’s major cities are getting very little food to eat. They sleep in trucks or somewhere on the ground. They have no house to live in and are saving their lives by any means and the Taliban do not have the money to help their fighters. The report claimed that local people are giving food and drink to Taliban fighters.

Fixed withdrawal limit
The Taliban has imposed a $200 withdrawal limit on Afghans who travel miles to visit a city and then stand in queues for hours to get cash. Many banks have been closed since the Taliban takeover and those that are open are cash-strapped.

The food crisis will deepen, the malnutrition death rate will increase
At the same time, the United Nations said that 4 million Afghans are facing a ‘food emergency’ and most live in rural areas, where the coming months will ensure the planting of wheat during the winter, fodder for livestock, and cash assistance. There is an urgent need of $36 million to do so. Especially vulnerable families, elderly and handicapped need immediate help. Rein Paulson, the head of the UN’s Food and Agriculture Emergency, said that in the situation that is going to happen, in that emergency, a large number of people will move towards malnutrition. The death rate is also expected to increase very rapidly. At a United Nations meeting in Geneva on Monday, the international community pledged more than $1 billion in humanitarian aid to the people of Afghanistan.

US state of Alabama removed ban on yoga in schools, got permission for yoga

21/05/2021/8:28:pm
Washington: The Governor of the state of Alabama, United States of America. Ivey has signed a bill allowing state schools to do yoga in...

The farmer hanged himself on the tickeri border, wrote in the suicide note –...

07/02/2021/12:33:pm
New Delhi: In the midst of the ongoing Kisan Andolan agitation against agricultural laws, another farmer committed suicide on Sunday and gave his life....

Bigger disclosure on 9th pass terrorist Abu Yusuf, this was big planning at the...

23/08/2020/8:11:pm
Lucknow / Balrampur: After the arrest of Suspected Terrorist Abu Yusuf alias Mustakim, a suspected ISIS terrorist arrested from Dhaulakuan in Delhi has been...