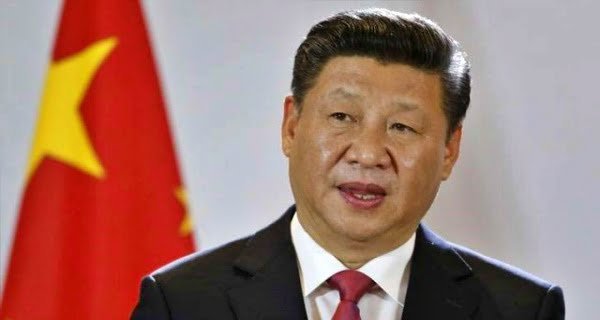 Beijing: Strongly advocating for the reunification of Taiwan and China, Chinese President Xi Jinping on Saturday said the issue of the “Taiwan Question” will be resolved and “no foreign interference” will be tolerated. Xi’s remarks came after China sent a large number of warplanes to Taiwan’s air defense area for four consecutive days. Taiwan considers itself a sovereign state but China sees it as an autonomous island of a separate province.

China has not ruled out the use of potential force to unify. Xi said at the Great Hall here on the sidelines of an official celebration that the “Taiwan independence” force was the main obstacle to China’s reunification. He is also the General Secretary of the ruling Communist Party of China (CPC) in China. He said that the question of Taiwan arose out of the weakness and chaotic situation of the Chinese nation and would be resolved so that reunification could become a reality. “It is determined by the general trend of Chinese history, but more importantly, it is the common will of all Chinese,” Xi said. This festival was organized on the occasion of the 110th anniversary of the Chinese Revolution in the year 1911. After the Chinese Revolution, the Qing dynasty was ousted from power and the Republic of China was established under the leadership of Sun Yat Sen. Wherein October 10 is celebrated as National Day in Taiwan. There is also a difference in the governance system of China and Taiwan.

China has a one-party system of governance while Taiwan has a multi-party democracy. Xi came to power in 2012 and rejuvenated China and fulfilled the Chinese dream and one of his main goals is to integrate Taiwan into the core of China. Last week, 150 warplanes entered Taiwan’s Air Defense Identification Zone (ADIZ), for which the US expressed deep concern. Following the development, US President Joe Biden reminded Xi that he had agreed to abide by the “Taiwan Accord” during a phone conversation last month.

In his address, Xi said that the question of Taiwan is China’s internal matter and no foreign interference will be tolerated in it. Xi said that integration by peaceful means is in the interest of the entire Chinese nation, including Taiwan’s compatriots. Taiwan’s President Tsai Ing-wen is a supporter of Taiwan’s independence. Xi said those advocating for independence would be guilty in the eyes of history.

05/01/2021/10:43:am
London: Coronavirus cases are continuously increasing in Britain. The new form of the virus (Corona Strain) has made Britain panic. Given this, Prime Minister...

‘Millions are homeless in India, but industrialists are leaving behind kings and Mughals in...

17/11/2020/10:21:pm
Washington: Former US President Barack Obama, in his new book, has targeted Indian industrialists, saying that they have left behind kings and Mughals in...

Putin angry on entry of American warship into Black Sea

02/11/2021/8:46:pm
Moscow: Russian President Vladimir Putin has reacted sharply to the entry of a US warship into the Black Sea. He instructed the Russian army...

India will now operate two flights every day to bring back Indians stranded in...

21/08/2021/10:49:pm
New Delhi: After the Taliban capture in Afghanistan, every country is engaged in expelling its citizens from the Afghan country. India is also continuously...