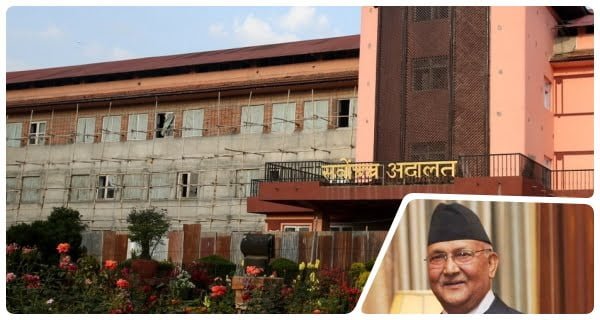 In a surprise move, Nepal President Bidhya Devi Bhandari had dissolved parliament and announced mid-term elections in April-May 2021. The move had come in the wake of the request made by the Cabinet led by K.P. Sharma Oli. In an order uploaded on its website, the Supreme Court of Nepal called for the reinstatement of the parliament.

Meanwhile, Prime Minister K.P. Sharma Oli’s Secretariat Members have hinted that the Prime Minister will not tender his resignation immediately after the Supreme Court overturned his decision to dissolve the House of Representatives.

The Supreme Court of Nepal, in a landmark verdict yesterday, overturned Oli-Government’s decision to dissolve the House of Representatives, thereby reinstating the same. Oli’s Press Adviser Surya Thapa said, the Supreme Court’s verdict is controversial. However, it should be accepted and implemented. Its effects will be seen in future as the decision has not provided any solution to the political problems.

Mr Thapa further claimed that the Court’s verdict will further fuel instability and pave way for power-play. The Prime Minister will face the House of Representatives to implement the verdict, but will not tender his resignation as of now. Likewise, Oli’s Chief Adviser Bishnu Rimal, mirroring Thapa’s sentiments, said that all will have to accept the Apex Court’s decision.

05/01/2021
Washington: Indian-American Niraj Antani was sworn in as a US Senator from Ohio. With this, he became the first American of Indian origin to...

05/04/2021
Johannesburg: Fakhar Zaman of Pakistan once again proved that he is the most dangerous opener in the world. He played an unbeaten inning of...

15/11/2020
New Delhi: The war between Azerbaijan and Armenia during the Coronavirus infection shocked the world. Now, under the peace agreement, Armenia has agreed to...

26/01/2021
New Delhi: games based around the Indian armed forces has finally launched today after months of anticipation and hype. The game was launched...