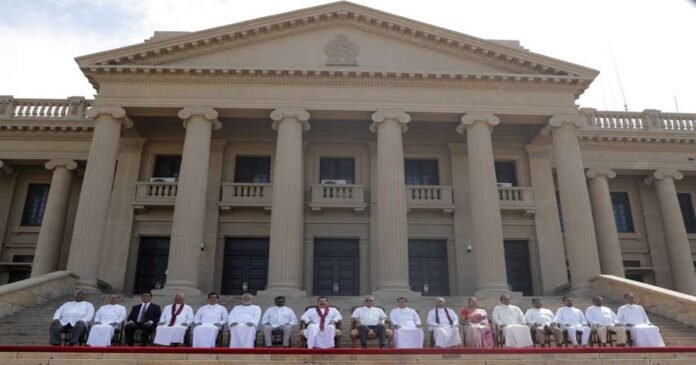 Colombo: In Sri Lanka, the date for the next parliamentary election has been finally decided for August 5th. The new date comes after elections were postponed twice because of the COVID crisis. Country’s election commission said the relevant gazette notification for election date has been sent for printing. Sri Lanka’s parliament was dissolved on March 2nd and parliamentary polls were initially to be held on April 25 but had to be postponed due to the outbreak of COVID-19. Later, the election commission shifted the date to June 20 but it was again deemed not suitable due to the pandemic.

The commission held a mock poll this week at a polling station to test the COVID health guidelines and its preparedness. Commission chairman Mahinda Deshapriya said there will be five more such mock polls soon to determine the likely time needed to cast each vote while sticking to the health guidelines. The guideline also stipulates conditions for campaigning including to avoid public gathering for more than five hundred while using propaganda materials and media as the main medium for the campaign.

The opposition parties and civil society groups had approached the Supreme court to delay the election until COVID threat is negated but the court rejected their petitions. Over 16 million people are eligible to vote in the election to choose the 225-member parliament for a 5-year term.

Sri Lankan Election Commission has said the election dates have been decided to keep in view the health guidelines issued by the health department. The guidelines stipulate the holding of public meetings with not more than five hundred people with social distancing maintained and increased use of publicity materials and media for campaign activities.

It may be mentioned that the Srilankan parliament was dissolved on 2nd March, six months before the end of its term as the current government under Prime Minister Mahinda Rajapaksa sought a majority in the house to implement its policies. Some opposition parties and civil society groups had demanded revival of old parliament due to COVID crisis but their petition before the Supreme Court was rejected last week. Sri Lanka has not seen any community case of COVID for over a month but the holding of successful elections will be a challenge in wake of restrictions posed by COVID.

25/04/2021/8:46:pm
Mumbai: Vaccine stock at Maharashtra's largest vaccination center BKC Corona Vaccination Center has finished. Due to which the work of vaccination has been stopped...

Appeal to the world of Zelensky – leave the homes and offices to stop...

24/03/2022/9:37:pm
Kyiv: Ukraine is facing Russia's attack (Russia-Ukraine Conflict) for a month. Counterattacking too. Many cities of Ukraine have been destroyed in the war. Millions...

Kalicharan Maharaj arrested, made indecent remarks on Mahatma Gandhi, will be brought to Raipur...

30/12/2021/9:32:am
Raipur: Kalicharan Maharaj, who made indecent remarks on Mahatma Gandhi, the Father of the Nation, has been arrested by Raipur Police from MP. Raipur...

Supreme Court order – Vijay Mallya should appear in court on...

The United Arab Emirates will send spacecraft to the moon in...

US state of Alabama removed ban on yoga in schools, got...