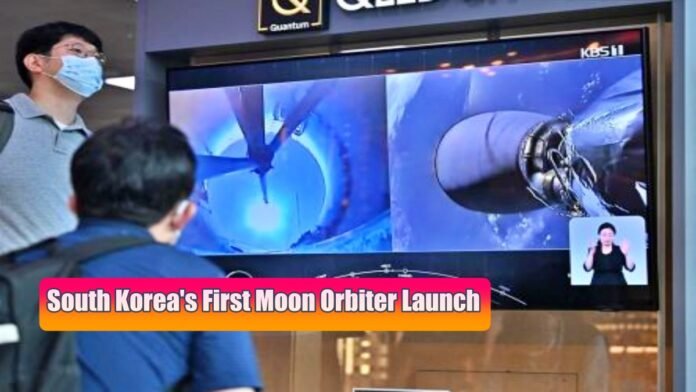 Seoul: South Korea on Thursday launched its first domestically developed lunar orbiter. In this way, South Korea became the seventh country to send a spacecraft to the Moon. This satellite, launched by SpaceX, is making a long, round trip to save fuel. Its launch was earlier scheduled for July 27. However, it was delayed due to maintenance issues of the SpaceX rocket. If the mission is successful, South Korea will become the seventh country in the world to send an exploration mission to the Moon, after the US, Russia, China, Japan, Israel, and India.

South Korea’s space agency Korea Aerospace Research Institute (KARI), in collaboration with NASA, prepared a lunar orbiter study in July 2014. Both the agencies signed an agreement in December 2016. Where NASA was to cooperate in the lunar mission with a science instrument payload, telecommunications, navigation, and mission design. South Korean scientists say the lunar orbiter will pave the way for the country’s more ambitious goal of setting foot on the Moon by 2030.

What will the orbiter do?
The Korea Pathfinder Lunar Orbiter or Danuri, which means enjoying the moon in Korean, was launched on a Falcon 9 Block 5 launch vehicle. The orbiter will also be tasked with surveying the Moon’s resources such as water ice, uranium, helium-3, silicon, and aluminum. It will create a topographic map to help select the locations for future landings on the Moon.