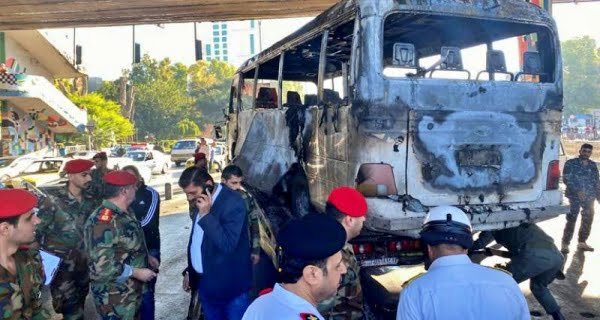 Damascus: There are reports of two serial bomb blasts in the war-torn country of Syria. Two roadside bombs exploded in the capital Damascus on Wednesday. In this blast, 13 people were killed and many others were injured when an army bus was hit.

Footage being shown on Syria’s state TV channel shows a bus damaged in an explosion in central Damascus. It was told in the news that when the accident happened, people were on their way to work and children were going to school.

Such attacks in Damascus have decreased in recent years since government forces took over the suburbs. Earlier that suburb was under the control of rebels. The Syrian conflict that began in March 2011 has killed more than 350,000 people and displaced half of the country’s population.

Elections in Canada to be held on September 20, Prime Minister Justin Trudeau announced

16/08/2021/9:45:am
Toronto: Prime Minister Justin Trudeau announced elections on Sunday and will seek to return to power once again, citing Canada as one of the...

SBI will provide corona treatment for only Rs 156, help of 2 lakhs, know...

14/04/2021/7:03:pm
New Delhi: Corona is growing rapidly all over the country, in such a situation, if you are also suffering from corona and are worried...