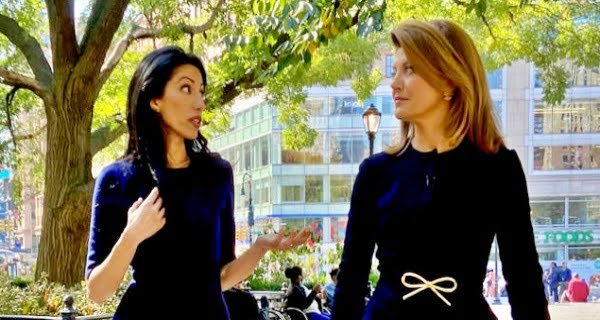 Washington: Huma Abedin, an aide of former US Secretary of State Hillary Clinton, has accused a US lawmaker of committing objectionable acts. In her new book, Huma Abedin said that a well-known senator had invited her to his house for coffee, then suddenly kissed her without her permission. Huma Abedin has written a book called Both/And: A Life in Many Worlds in which this incident is mentioned. Huma is very close to the Democratic Party’s presidential candidate Hillary Clinton. Hillary used to trust Huma so much that once she even told Huma to her second daughter.

Huma was shocked by the US lawmaker’s behavior as she felt comfortable with him. But soon after the incident, Huma had come out of the MP’s house. This incident dates back to the 2000s. Huma did not reveal the name of the senator. 45-year-old Huma told in a TV interview- ‘She kissed in a very surprising way.’ I didn’t know how to deal with such an incident. I suppressed the incident. My personal opinion is this…

Huma told that after the incident the senator apologized for a long time and tried to make sure that I was fine. Later the relationship between us got back to normal.

04/04/2021/9:17:pm
New Delhi: In view of the increasing cases of corona in the country, the Prime Minister's high-level meeting with senior officials has ended (PM...

25/07/2020/8:43:pm
Washington: The Trump administration on Friday made major changes in its norms to export drones to its friendly countries. Under the new policy, drones...

13/03/2021/9:54:am
Mumbai: Actress Somy Ali, who once made her Bollywood debut due to her talent, has revealed a shocking disclosure. Recently he gave a video...

15/01/2021/10:35:am
New Delhi: Vaccination (Corona Vaccination Drive in India) is starting from Saturday to prevent infection of Coronavirus in the country. For this, the dry...