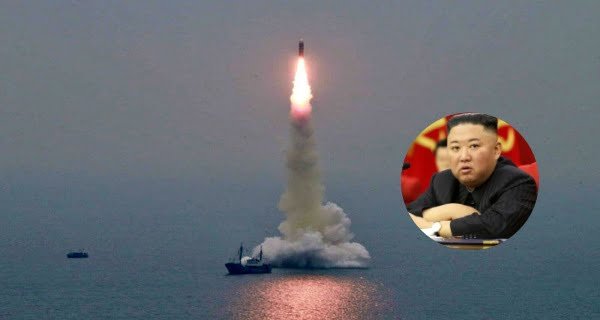 Seoul: North Korea has said that it has successfully tested a newly developed long-range cruise missile at the end of the week. The test, the first known activity by it in several months, underscores how North Korea is expanding military capabilities amid a deadlock in nuclear talks with the US. The Korean Central News Agency said on Monday that work on developing the cruise missile had been underway for the past two years and it successfully struck a target 1,500 kilometers away during tests on Saturday and Sunday.

North Korea described the new missiles as a “very important strategic weapon” in line with the country’s leader Kim Jong Un’s call to strengthen the military. South Korea’s military has yet to confirm North Korea’s missile test. Talks between the US and North Korea have been at a standstill since 2019 when the US turned down North Korea’s request for major sanctions relief. Now Kim’s government is turning down the Biden administration’s request for talks, saying that Washington should first give up its “hostile” policies.

05/01/2022/8:56:am
Pune: Sindhutai Sapkal Dies, an Indian social worker serving orphans and Padma Shri awardee, died of a heart attack in Pune on Tuesday. She...

28/06/2021/9:34:pm
Johannesburg: In the wake of the rapidly increasing cases of Covid-19, South Africa has again imposed strict restrictions in the country by taking steps...

28/04/2021/9:54:am
New Delhi: Coronavirus continues to wreak havoc in the country. In many states of the country including Maharashtra, Delhi, Gujarat, Corona has created a...