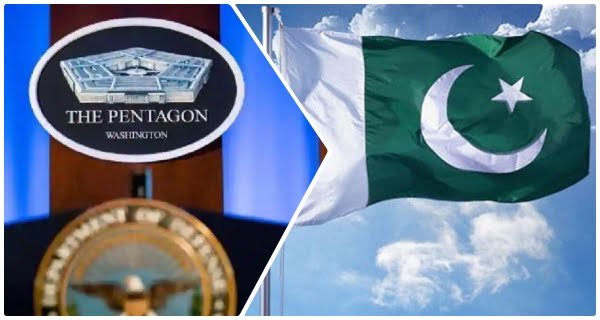 Washington: The Pentagon said on Monday that the security assistance to Pakistan that was suspended by former President Donald Trump’s administration is still suspended. This was stated by the US at a time when recently Defense Minister Lloyd Austin spoke to Pakistan Army Chief Qamar Javed Bajwa and US National Security Advisor Jake Sullivan met his Pakistani counterpart in Geneva is. “US security aid to Pakistan is still suspended,” Pentagon press secretary John Kirby said at a press conference.

I do not want to say anything about whether there will be any change in this. ” Kirby was asked whether the former Trump administration’s policy on the subject has been reviewed by the US President Joe Biden’s administration. He was asked whether any changes have been made in this or has the issue been discussed with the Pakistani leadership? Former US President Donald Trump suspended all security assistance to Pakistan in January 2018, saying he was not satisfied with Pakistan’s role in the fight against terrorism and the support it received from it.

Kirby said that Austin had previously spoken to General Bajwa and discussed common interests and goals with him. He said, “The Defense Minister appreciated Pakistan’s support in the Afghanistan peace talks and expressed his desire to enhance US-Pakistan bilateral relations.” Austin tweeted, “I reiterated that I appreciate the US-Pakistan relationship.” I also reiterated my desire to work together for the sake of enhancing regional security and stability. ” Sullivan also met his Pakistani counterpart Moeed Yusuf a day earlier in Geneva.

US to rejoin UNHRC, Biden’s decision welcomed by United Nations

26/06/2020/7:46:pm
New Delhi: In view of increasing cases of coronavirus, the central government will not start international flying until July 15. Issuing the order on...