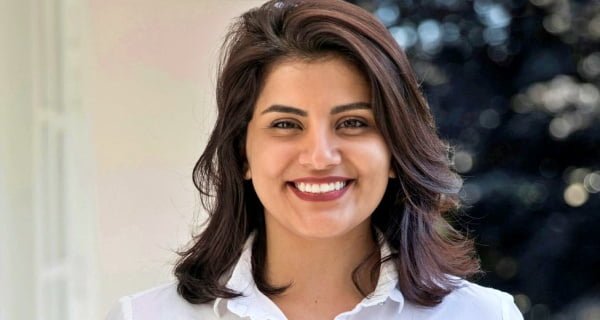 Dubai: Loujain al-Hathloul, one of Saudi Arabia’s leading female activists, has been sentenced to nearly six years in prison under the country’s obscure anti-terrorism law. This decision is being criticized in the international world. Lozain al-Hathloul was already in captivity and was also under house arrest several times.

According to experts, keeping Lozain al-Hathloul incarcerated may affect the relationship between Saudi Arabia and the United States. According to the human rights organization Prisoners of Conventions, al-Hathlol could be released in March 2021, as he has already spent most of his sentence. He has been in captivity since May 2018, based on which his sentence of 34 months can be abolished.

His family said in a statement that al-Hathlaul would be banned from leaving the country for five years and would be on probation for three years after his release.

Newly elected President Joe Biden’s National Security Advisor Jake Sullivan described Al-Hathlol’s punishment as “unjust”. He tweeted, ‘As we have said the Biden-Harris administration will stand against human rights violations, no matter where these violations are happening.’
Lujan was one of the few Saudi women who raised the demand to allow women to drive and remove the ‘male guardianship law’. Both these laws are like restrictions on the freedom of women.

These accused have been imposed on Lujain
According to Saudi Arabian state media, the anti-terrorism court found Al-Hathlol guilty on various charges, including agitation for change, running foreign agendas, using the Internet to damage public order, etc. Apart from this, the court also convicted Lujain of cooperating with those individuals and establishments who committed crimes under the Anti-Terrorism Act. Lujan has about a month to challenge against this decision.

Lujain was accused of damaging the interests of the kingdom and its political order by communicating with foreign diplomats, journalists and human rights organizations in 2018 and pressing for women’s rights.

31/12/2020
Chandigarh: The ongoing cold wave conditions in Haryana and Punjab intensified at many places on Thursday, with Hisar reeling at minus 1.2 degrees Celsius....

13/06/2020
Lahore: The Pakistan government has formed a joint investigation team to probe the last month's plane crash in Karachi that killed 98 people. The joint...

17/11/2020
New Delhi: Yes Bank has launched a co-branded prepaid card in association with Neocred Technologies to provide a cashless payment facility to its customers....

23/11/2020
New Delhi: The low-pressure area formed over the Bay of Bengal could turn into a cyclonic storm. Alerts have been issued on the coasts...

03/07/2020
Washington: A US court has ordered the custody of Canadian-based Canadian businessman Tahawwur Rana, who has been declared a fugitive by India for his...