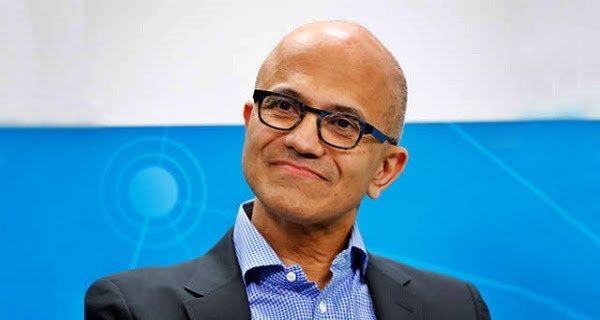 Washington: Microsoft Chief Executive Officer (CEO) Satya Nadella and several US lawmakers have stated that they are angry with the continuing hatred of Asian Americans. And condemn all forms of hatred, racial discrimination and violence. The Asian American group reported that according to Federal Bureau of Investigation (FBI) statistics, there have been more than three thousand incidents of abuse of Asian Americans between March and December 2020, compared to 216 in 2019.

“Brutal” attacks on Asian-Americans in a spirit of hatred against American sentiment
The day before Nadella’s tweet, US President Joe Biden said that a “brutal” attack on Asian-Americans with a sense of hatred during a global pandemic in the country is against American sentiment. Microsoft said in a statement that it condemned all forms of hatred, racial discrimination and violence.

Bill to curb incidents of hate crimes and violence
Meanwhile, many lawmakers have spoken out to unite to introduce a bill that would curb incidents of increased hate crimes and violence against the ‘Asian American and Pacific Islanders’ (AAPI) community during the Kovid-19 epidemic. Expressing concern over these incidents, MP Donald M. Payne said, “I strongly condemn the attacks and abuse on Asian Americans during the epidemic.”

14/10/2021/9:10:am
Lucknow: A special court in Lucknow on Wednesday summoned three people, including Netflix director Abhishek Nag, on a plea alleging that they tarnish the...

03/07/2020/9:48:pm
Washington: A US court has ordered the custody of Canadian-based Canadian businessman Tahawwur Rana, who has been declared a fugitive by India for his...

10/12/2020/2:46:pm
United Nations: United Nations Secretary-General Antonio Guterres said that he is willing to administer the coronavirus infection when it is vaccinated and wants to...

12/07/2020/7:26:pm
New Delhi: In the political drama of Rajasthan Congress, Jyotiraditya Scindia, an old Congressman, has been entered. Scindia justified the displeasure of Sachin Pilot...