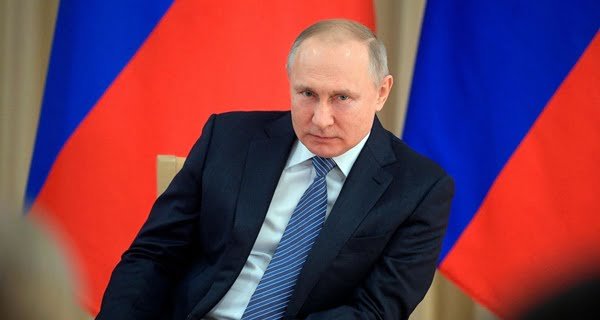 Moscow: Corona cases have started appearing once again in Russia. Meanwhile, some close relatives of President Vladimir Putin are also reported to be Covid positive, after which Putin has decided to self-isolate himself. AFP quoted the Kremlin as saying that, after cases of coronavirus were reported in Putin’s inner circle, he has isolated himself.

According to international reports, on Monday, Putin said that many more people have been found infected with Corona. The infected also include people with whom I have recently come in contact. That’s why it is important to self-isolate yourself. In April, Vladimir Putin got the indigenously made Corona Vaccine (Sputnik V) administered.

Significantly, on August 11 last year, Russia became the first country in the world to register a coronavirus vaccine. The Gamaliel Research Institute developed the vaccine while the Russian Direct Investment Fund (RDIF) is investing in the production and promotion of the vaccine abroad. Sputnik V is being used in many countries around the world including India.

03/07/2020/9:58:pm
Bhopal: The vicious husband's surprise fraud was revealed 4 months after his marriage to the young man who came in contact with the Matrimonial...

13/12/2020/6:45:pm
New Delhi: There was a huge explosion on Sunday near Ganj Mandi Police Station in Rawalpindi city of Pakistan. About 14 people have been...

Health workers do not need to wear PPE kits, understand the reason from experts

07/01/2022/9:30:am
New Delhi: Apart from the ICU, health workers do not need to wear PPE kits to look after the admitted patients. This information has...