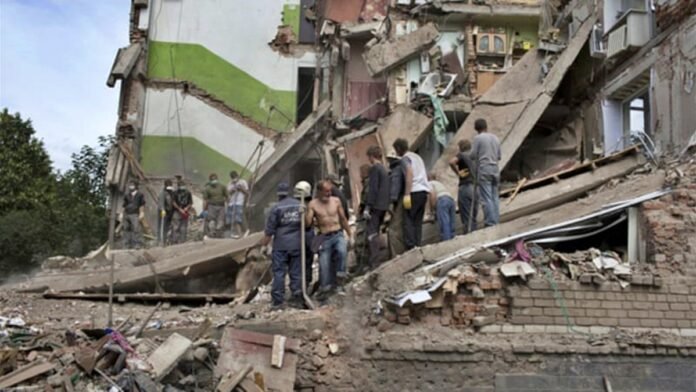 Kyiv: The Russia-Ukraine war, which has been going on since February last year, has attracted the attention of the whole world. Russia has created a terrible devastation on the land of Ukraine. The war caused at least 18,483 civilian casualties in Ukraine. According to the United Nations Human Rights Agency, at least 7,068 civilians were killed and at least 11,415 were injured in Russia’s war against Ukraine from 24 February to 22 January. The agency pointed out that the actual figure is expected to be much higher as information from areas of ongoing hostilities is delayed, and many reports of civilian casualties still need to be confirmed.

Ukraine has been left without electricity by daily bombings, with Russia targeting civilian infrastructure including several power stations in Ukrainian cities, causing blackouts in the country. Many countries have come forward to help Ukraine in this bad situation. Now news has come that Sweden will provide equipment to restore energy supply to Ukraine. The Swedish government allowed state-owned grid operator Svenska Kraftnat to move materials that could be used to restore Ukraine’s power system, the Kyiv Independent reported.

Ukraine has claimed that now the possibility of second mobilization in the war has increased. In the midst of continuous defeat in Ukraine, Russian President Vladimir Putin is soon going to recruit 5 lakh new soldiers in his army. Due to which it has become a fear that Russia may launch a major attack on Ukraine again. On the other hand, those who have three or more children can also be recruited in the army because now that rule has been removed.

Eyes of world on meeting of foreign ministers of America and China,...

09/07/2022/12:12:pm
Nusa Dua (Indonesia): US Secretary of State Antony Blinken met his Chinese counterpart Wang Yi on Saturday as part of an attempt to end...

Searching for new way to go to tunnel, more than 35 people feared trapped

10/02/2021/10:58:am
Chamoli: Other avenues are now being sought to evacuate those trapped in the tunnel at Tapovan and enter the tunnel. Those who are trapped...

Pele’s 3 such records… which are extremely difficult to break, one is impossible!

30/12/2022/10:33:am
New Delhi: Brazilian great footballer Pele passed away at the age of 82. Pele's daughter informed about this through social media. This legendary footballer...

Red alert issued in view of record-breaking heat in Shanghai

World Diabetes Day celebrated on November 14, Know history and this...

Taliban made its stand clear on women’s education and jobs, top...