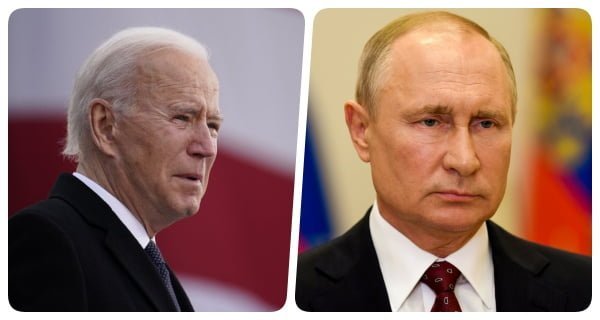 Moscow: In response to the US action, Russia has also expelled 10 US diplomats and blacklisted 8 senior officials. Among those whose access to Russia has been banned includes the director of the FBI and the US Attorney General. Earlier on Thursday, the US expelled 10 Russian diplomats, proclaiming sanctions against Russia.

What is the reason for stress?
The first reason for the tension between the two countries is that Russia is depositing its troops on the border of Ukraine. America does not like this and in response, he has also sent his combat warship to the Black Sea, warning Russia.

In addition, the US suspects that Russia is acting against the interests of their country. On the expulsion of the diplomats, the US said that it has taken this step to prevent Russia’s ‘harmful foreign activities’. The US alleges that Russian intelligence agencies were behind the major hacking of ‘SolarWinds’ last year. He also interfered in the 2020 US election. Russia continues to deny all these allegations.

However, amidst all the tensions this week, US President Joe Biden proposed to have a summit meeting with Russian President Putin. According to Russia, he sees this as a positive initiative and is considering it.

03/07/2020
Bhopal: The vicious husband's surprise fraud was revealed 4 months after his marriage to the young man who came in contact with the Matrimonial...

06/09/2020
Prayagraj: The demand for the liberation of Kashi and Mathura has also arisen when the construction of the grand Ram Mandir in Ayodhya begins...

18/08/2020
New Delhi: The collegium of the Supreme Court has approved the appointment of six lawyers as judges of the Delhi High Court. The collegium...

07/07/2020
New Delhi: A group of 155 journalists have written to Prime Minister Narendra Modi, and demanded a comprehensive inquiry of the death of journalist...