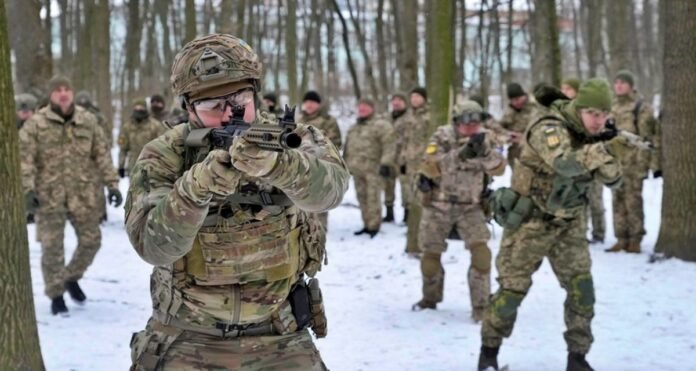 Kyiv: The crisis between Russia and Ukraine (Russia Ukraine conflict) seems to be deepening day by day. Lakhs of soldiers are standing on the fronts. Meanwhile, British Prime Minister Boris Johnson has said that evidence is showing that Russia is going to wage the biggest war in Europe since 1945. Work on this has already started. On the other hand, the American White House has said that Russia can start a war at any time. The US President has called a meeting of the National Security Council to consider the situation. NATO has closed both its offices in the Ukrainian capital Kyiv amid the serious situation.

British PM Boris Johnson told the BBC that according to intelligence, Russia has planned to attack the Ukrainian capital by encircling it from all sides. At the annual Security Council meeting in Munich, after discussing with world leaders, Boris Johnson said that seeing the intentions of Russia, it seems that it is going to wage such a war, which will be the most terrible in Europe after 1945. But they have to understand that no one has benefited from the war. In this, there is loss of life and property on both sides. US President Joe Biden has informed the heads of states of Western countries, citing intelligence sources, that Russian forces are preparing to enter Ukraine not only from the east but also from the areas around Belarus and Kyiv.

According to the latest estimates of the US government, Russia has deployed more than one lakh 90 thousand of its soldiers around the Ukrainian border and in Belarus. In this, the rebels of Eastern Ukraine are also supporting him. Russia has consistently denied the attack. He says that his forces have gathered for military exercises. But western countries like America claim that Russia is on the verge of waging a great war. Meanwhile, US Vice President Kamala Harris has warned that if Russia invades Ukraine, the US and its allies will impose unprecedented economic sanctions against it.

On Saturday, Russia began its strategic nuclear exercise under the supervision of President Vladimir Putin. During this time, ballistic, cruise, and hypersonic missiles were attacked on sea and land targets. Russia said in the statement that fighter planes and submarines also participated in this exercise.

The rebels of Ukraine have also given sleep to the western countries. These pro-Russian rebels have intensified the attacks. Ukraine’s military said 70 attacks were carried out on Saturday. Two soldiers were killed and four were injured. Even the leaders who went to the border to take stock of the situation had to hide in bunkers to save their lives.

A balloon with impression of ‘I love Pakistan’ found in fields of Jalandhar, atmosphere...

26/03/2022/9:13:pm
Chandigarh: A shocking incident has come to light on Saturday in Adampur, Jalandhar, Punjab. Where balloons with the impression of "I love Pakistan" have...

15/06/2021/12:21:pm
New Delhi: The Supreme Court has ordered the closure of the criminal case against two Italian marines to kill Kerala fishermen. Italy has deposited...

CBSE has taken these steps for class 11th, Arts, Commerce, and Science stream will...

Pakistan confesses for the first time ‘here is Dawood Ibrahim’

23/08/2020/8:48:am
Mumbai: Pakistan has confessed for the first time that India's most wanted Dawood Ibrahim is present in Pakistan. Till now Pakistan has been saying...