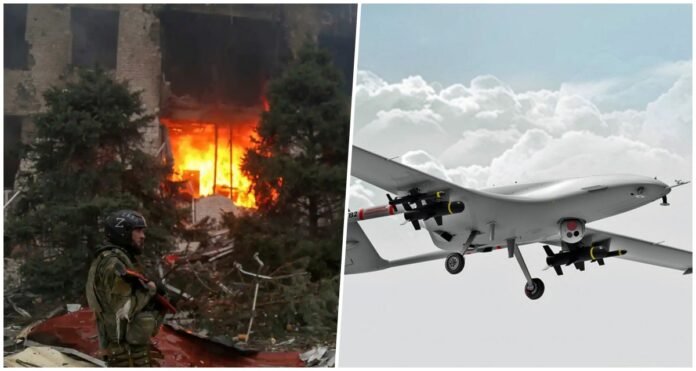 Kyiv: The war between Russia and Ukraine has been going on for almost 4 months. On Tuesday, the 118th day of the war, Ukraine’s air force claimed it had destroyed a Russian missile, two drones, and two ammunition depots. Ukraine Airforce shared this information on Facebook. The Air Force shot down two drones in the Kyiv and Donetsk regions, the statement said.

In the midst of the war, Russia has captured two former American soldiers from Ukraine, their names are Alexander Drucke and Andy Huinh. Russia claims that both of them were involved in the war on behalf of Ukraine. Ukrainian officials say that both of them had joined the Ukrainian army on their own to fight Russia.

Naseeruddin Shah revealed, said- ‘I can speak because I do not have much to...

Announcement of CM Shivraj Singh, now city Hoshangabad will be known as Narmadapuram

19/02/2021/9:03:pm
Bhopal: Madhya Pradesh Chief Minister Shivraj Singh made a big announcement on Friday. On the occasion of Narmada Jayanti, he announced that now the...

There will be talks between America and China, Biden-Xi Jinping will discuss in online...

07/10/2021/8:59:pm
Washington: US President Joe Biden and his Chinese counterpart Xi Jinping will hold an online meeting before the end of this year. A senior...

27/07/2021/10:14:pm
Bangaluru: Basavaraj Bommai will be the next Chief Minister of Karnataka. After the meeting of the Bharatiya Janata Party's legislature party, the observer of...

07/05/2021/10:02:am
New Delhi: The Delhi High Court on Thursday sought a response from the Competition Commission of India (CCI) to Facebook (WhatsApp) and WhatsApp appeals...