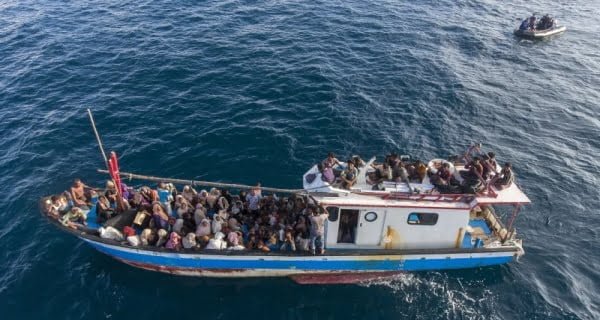 Kualalumpur: The United Nations Refugee Agency said on Monday that a Boat carrying Rohingya Muslims had wandered into the Andaman Sea and many of them had food and water. There is a possibility of death due to lack of. The agency has appealed to Southeast Asian countries to protect them. The United Nations Refugee Commission reported that the ferry left Cox’s Bazar in Bangladesh 10 days ago and has been wandering in the sea for nearly a week after the engine broke.

The agency said that it was not yet clear how many people were on the ferry and where the ferry was but refugees had no reports of food and water for several days. UNHCR (Asia Pacific Region) director Indrika Ratavatte said in a statement, “Many people are in critical condition and may be facing serious dehydration problems.” We believe that many refugees have already died and the death toll has increased in the last 24 hours. ”

The UAHCR said that it has alerted the countries around the Andaman Sea and appealed for the help of the refugees aboard the ferry. The agency said that on getting the ferry, it is ready to provide humanitarian aid and segregation facility.

Lee Kun-hee, chairman of Samsung Electronics, has died at the age of 78

17/10/2020
News Delhi: Consumers who book an LPG cylinder will now need a one-time password (OTP) to be delivered at the doorstep. Here is a major...

19/10/2020
Islamabad: Indian Sikhs have been invited by Pakistan on the 551st birth anniversary of Guru Nanak Dev, the founder of Sikhism. This information was...