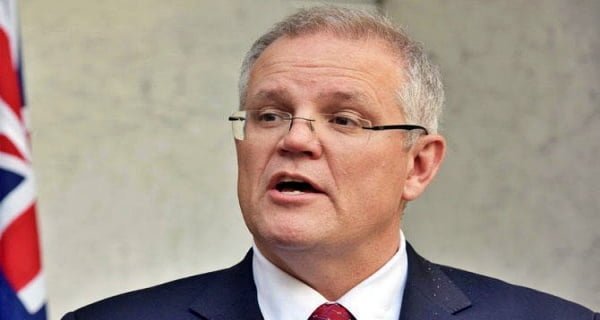 Melbourne: Prime Minister Scott Morrison of Australia has imposed a ban on Australian nationals trying to return to their homeland from India and imprisonment and fines. Defending the decision on Monday, he said it was in the “best interest” of the country and would curb the third wave of Corona Virus.

For the first time in history, the Australian government has recently banned the return of its citizens who have spent 14 days in India before returning to Australia. The government has threatened to prosecute and up to five years in prison or a fine of up to A 66 66,000. “It’s a temporary arrangement and a very difficult decision,” Morrison said. “This arrangement has been made so that we do not have a third wave of (Covid-19) in Australia and our isolation system remains strong,” he said.

He said that it is in the ‘best interest’ of the country. The Prime Minister said that he feels bad for the Indian community. “We’ve seen a seven-fold increase in the transition rate for returnees from India to our Howard Springs Center,” Morrison said. He said, “It is important that we ensure that we have a temporary moratorium so that the arrangements in those separate centers can be strengthened and the system of investigation can also be strengthened and this can be done not only on departure from India, but Also for people coming from third countries. ”

The Prime Minister told the 2GB radio channel that they had repatriated about 20,000 people registered through special flights. Opposition leader Anthony Albany has criticized the Prime Minister for imposing fines and jail terms on Australians leaving and returning to India.

No new Current account will open for those taking cash or overdraft service:...

07/08/2020/10:48:am
New Delhi: The Reserve Bank of India has instructed banks that customers whose accounts already have credit facilities through cash or overdraft, the current...