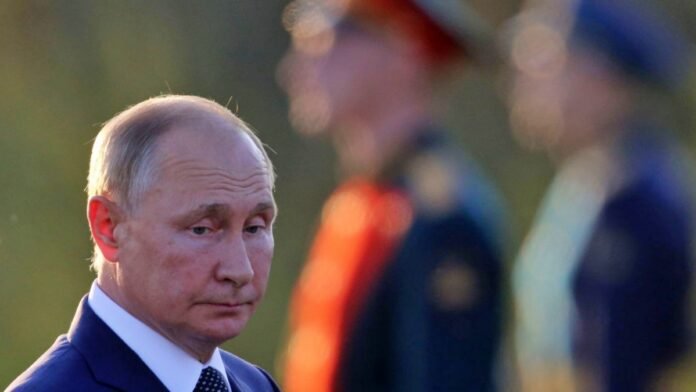 Moscow: Russian President Vladimir Putin is facing criticism due to the Ukraine war. Recently in Germany, the heads of the G-7 countries made fun of a photo of Vladimir Putin. In this photo, Putin is shirtless and riding a horse. UK Prime Minister Boris Johnson and Canadian PM Justin Trudeau commented on this. Now Putin has given his response.

The statements and jokes of G-7 leaders were mentioned during a meeting. Putin objected to this, calling it a lewd and disgusting farce. “I don’t know how they wanted to undress… but I think it would be a disgusting sight,” Putin said.

Who said what about the photo?
In fact, this Sunday, while sitting at the table with the G7 leaders, British Prime Minister Boris Johnson started the joke. He said, ‘Wear the jacket? Take off the jacket? Should we take off our clothes?’ Canadian Prime Minister Justin Trudeau said to this, ‘Wait to be photographed.’ To this Boris Johnson once again said, ‘We have to show that we (physically) talk to Putin. Are stronger.’ Later pictures of these leaders also came out, in which they took off their jackets. Justin Trudeau further taunted Putin, saying, ‘We will take a photo while riding a nude chested horse.’

When did Putin take such a picture?
Trudeau was referring to a 2009 photo of Putin riding a shirtless horse in the mountains of the Siberian Tava region. In Trudeau’s remarks, European Union President Ursula von der Leyen said that riding a horse is the best. On this, Boris Johnson said that we also have to show our packs to them. However, during this time US President Joe Biden was also present, but he did not take part in the joke.

Russia’s attack intensifies as G-7 leaders gather
However, during this time US President Joe Biden did not make fun of Putin. By the way, Biden has been constantly criticizing Russia’s attack. Earlier, Biden had called the Russian attack barbaric. At the official reception of G7 leaders, he said that Russia was showing its barbarism. Germany has intensified its attack on Ukraine since the G-7 leaders gathered.

23/10/2020/9:52:am
Washington: U.S. officials said Thursday that Russian hackers stole data from at least two servers and targeted dozens of networks in the country and...

07/01/2022/5:30:pm
New Delhi: Nowadays most people use Paytm to make payments. In such a situation, Paytm also keeps on bringing many great offers for its...