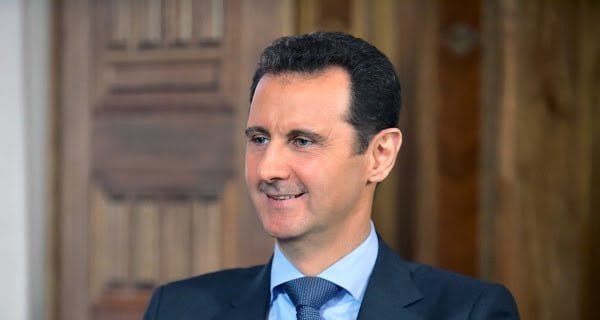 Damascus: People in government-controlled areas of war-torn Syria arrived at polling stations on Wednesday to cast their votes in the Presidential Elections. It is expected that President Bashar al-Assad will get a fourth term of seven years. This is the second presidential election since the conflict began in the country ten years ago.

However, opposition parties and Western countries have rejected the election. Assad’s family has held the post for five decades. This time there are two more candidates in the fray for the presidency whose names are Abdullah Saloum Abdullah and Mahmoud Ahmed Mary. But this competition seems to be symbolic.

From seven o’clock in the morning, thousands of people arrived at the polling stations of Dashmik to cast their votes. Posters and banners in support of Assad are seen everywhere on the streets here. In between, a number of posters of other candidates are also seen. Voting will not take place in northeastern Syria, which is controlled by US-backed Kurdish fighters, nor in the northwestern province of Idlib, which is held by rebels.

People in many government-controlled areas, including the southern provinces of Daraa and Sweda, have boycotted the polls. The Biden administration has said it will not recognize the outcome of the election in Syria unless a fair vote is held under the supervision of the United Nations and all representatives of Syrian society. Syrians living abroad voted last week. Assad has been in power here since 2000. Earlier, his father Hafez ruled here for 30 years.

Appointment of Indian-origin women to two key positions in the U.S. Mission to the...

29/01/2021/9:19:pm
Washington: The Biden administration has appointed two Indian-American experts, Sohini Chatterjee and Aditi Gorur, to two key diplomatic positions in the US mission to...