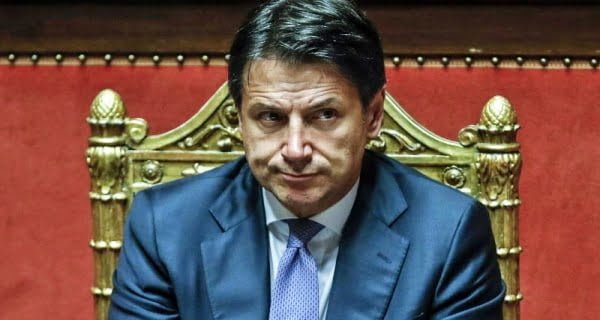 Rome: Prime Minister Giuseppe Conte of Italy, during his address to the lower house of parliament on Monday, will request to save his government from falling, which will keep the economy of the country affected by the epidemic. The plans of getting back on track have come under attack from allies.

Conte’s government has lost a majority after changing its membership of cabinet members to former Prime Minister Matteo Renji’s small but prominent party Italia Viva Party. Conte will address the lower house on Monday and the Senate on Tuesday. After both addresses there will be a voice vote, which is similar to the vote to prove majority.

Voting in the Senate is considered decisive, with Renji’s party having 18 members. In Italy, no party had a majority in the 2018 elections, after which Conte formed a government by forming an alliance with five parties. This alliance of right-wing parties was named ‘Five Stars’, headed by League party leader Matteo Selvini.

After the resignation of the country’s Home Minister Selwini, Kante’s government has come to a minority. During the first phase of the corona virus epidemic, Kante was running the government with ease, but later he was forced to make decisions and formulate policies without consulting Parliament. After this, Kanto also formulated a plan for the management of funds from the European Union itself. His attitude was seen as too much power show

Coronavirus of dogs found in humans, no need to worry says Cambridge University

29/05/2021/9:11:pm
Cambridge: Scientists have detected a new type of coronavirus found in dogs in some people suffering from pneumonia. It may sound dangerous to say,...

Girls can go to Ayodhya’s Ram temple wearing jeans, there will be no dress...

People are taking advantage of WhatsApp! Spying on friends, relatives, partners, and children

16/04/2021/11:42:am
New Delhi: WhatsApp is the world's most popular instant messaging app. The number of daily active users of WhatsApp worldwide is more than 2...

Delta form of Coronavirus has become a matter of concern in...