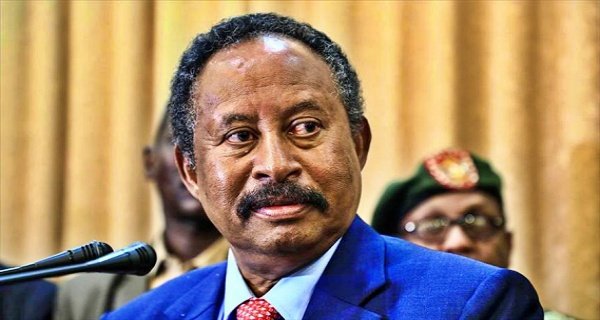 Khartoum: In the North African country of Sudan, military officials and leaders have agreed to restore Prime Minister Abdalla Hamdok to the post. Last month, there was a military coup in the country and the army took power by overthrowing Hamdok. Army and government officials have given this information on Sunday. Officials said government officials and leaders who were arrested after the military coup on October 25 would also be released under an agreement reached between the military and political parties.

He said Hamdok would head an independent “technocratic cabinet”. He said the United Nations, the US, and others have played an “important role” in drafting this agreement. Officials gave this information on the condition of anonymity as no official announcement has been made regarding this agreement yet (Sudan Army Deal). After the coup, the army has formed a ‘Sovereign Council’, tightening its hold on power, and the president of this council is the coup’s general Abdal Fateh Burhan.

Earlier in the month, it was reported that Sudan’s security forces, once again cracking down on pro-democracy, dispersed protesters in the capital Khartoum and arrested more than 100 people. Sudan’s army seized power on 25 October and dissolved the provisional government.

Protests took place across the country
Protests against the coup were held in Khartoum and many other places in the country, and the coup was criticized internationally. This coup was seen as a setback in terms of plans to adopt a democratic system in the country (Sudan Military Coup). Two years earlier, the country’s long-ruling autocrat Omar al-Bashir and his Islamic government were forced to abdicate under pressure from large-scale protests.

Teachers and education activists protested the coup outside the education ministry in Khartoum’s Bahri district, according to the Sudanese Professionals Association (SPA), which led to the rebellion against al-Bashir.

In Sudan, there was a failed coup attempt in September. The names of the conspirators have not been disclosed yet. Speaking to news agency AFP, a top government source said the conspirators also tried to capture the state media building, which “failed”.

The longest-serving president in the country, Omar al-Bashir, was removed from power two years ago in the year 2019. After this, an agreement was signed to divide the power. It agreed to form a government consisting of the military, civilian representatives, and protesting groups. However, the country’s economy has been badly hit. This government is under pressure to undertake economic and political reforms.

Cleanliness survey: Varanasi set an example, got first place in the list of cleanest...

20/11/2021/1:53:pm
New Delhi: According to the annual cleanliness survey 2021 of the central government, Varanasi has got the top position in the category of cleanest...

BMW Group India to Increase Prices by up to 3 Percent From 1 November...

France has initiated a judicial probe into allegations of corruption in the sale of...

CEO of Google and Microsoft CEO said – we are with India in the...