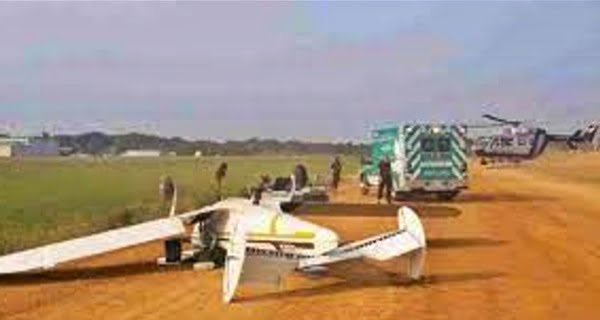 Lansing (USA): Three people from Virginia were killed when a small plane crashed on Sunday in South West Virginia, USA. Officials gave this information. The Federal Aviation Administration (FAA) said in a statement that the single-engine Beechcraft C23 crashed after taking off from Fayette Airport in Fayetteville at around 11 a.m. local time.

State Police Captain R.A. Maddy said the plane’s wreckage was found near a fence in a rural area of ​​Lansing, some 50 miles (80 kilometers) southeast of Charleston, some distance from the New River George Bridge. The bodies were found inside the plane. State police have identified the dead as Nick Fletcher (38), Michael Taphouse (36), and Wesley Farley (39). All of them were from the Chesapeake area in Virginia. The FAA and the National Transportation Safety Board are investigating the matter.

15/09/2020/5:15:pm
Philadelphia, United States:  Project Management Institute (PMI), the world's leading association for the project management profession, is shining a light on the talents and ideas...

The case of Covid-19, which came to light in three cities in China, continues...

24/11/2020/10:18:am
Beijing: Millions of people have been screened in three Chinese cities after some cases of the coronavirus surfaced. Schools in these cities have been...

22/08/2021/7:24:pm
New Delhi: In the backdrop of the deteriorating security situation in Kabul following the Taliban occupation of Afghanistan, India on Sunday airlifted around 400...

22/06/2021/9:37:pm
New Delhi: Pfizer CEO Albert Bourla on Tuesday said his US-based company is in the final stages of getting approval for its Covid-19 vaccine...